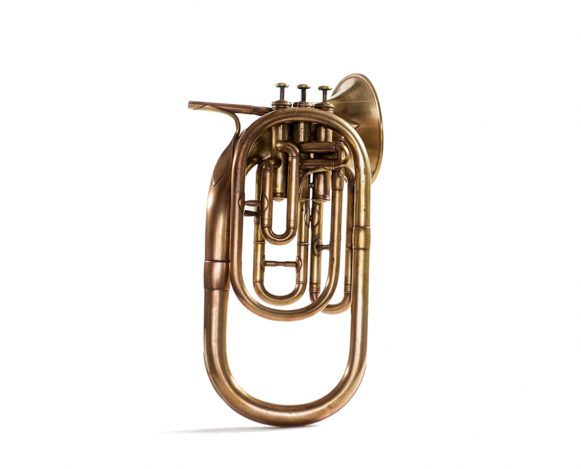 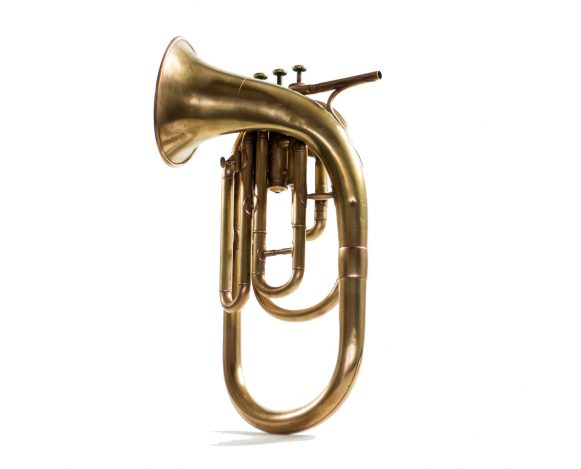 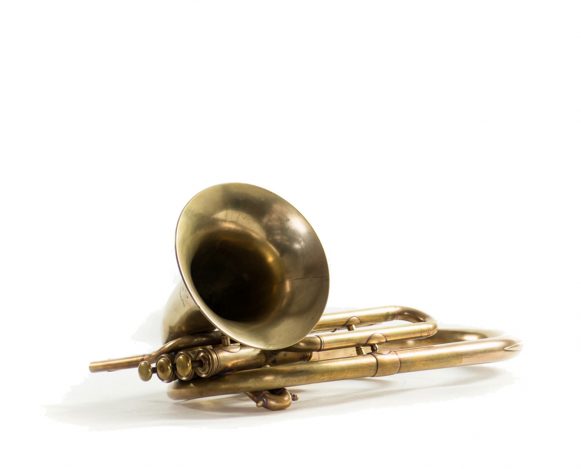 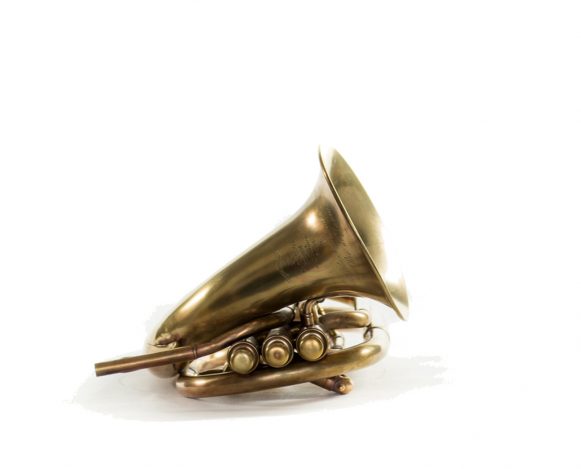 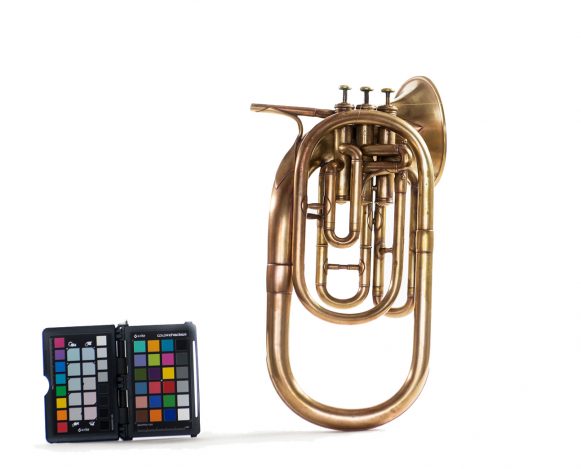 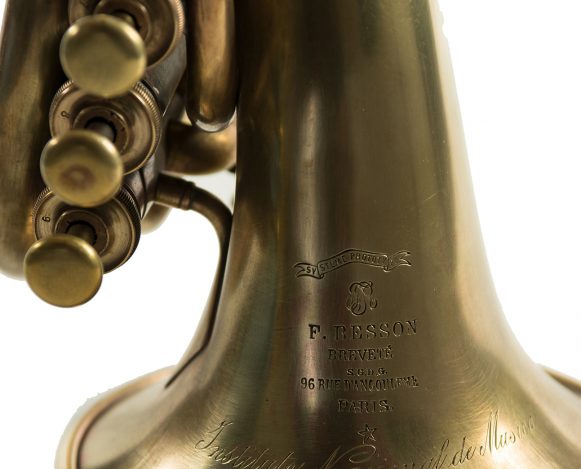 Metal made instrument with large and tapering tube, three valves and cup shaped mouthpiece. The instrument is tuned in E Flat. The museum’s specimen does not have a mouthpiece.

The family of instruments named saxhorns was developed by Adolphe Sax, the same inventor of the saxophones, between 1842 and 1845. There is a misunderstanding regarding the term “saxhorn”, since Sax has only used it once. It is believed that the instrument’s name was given by Henry Distin, a musician that was part of the main British brass quintet of the time. Distin kept a franchise of Sax’s instruments on the decades of 1840’s and 1850’s. When he lost it, he continued to sell instruments very similar to the saxhorn – flugelhorn, euphonium and tuba – which increased the difficulty in the identification of the saxhorn family instruments. There are many instruments in the saxhorn family, from the sopranino to the double bass. The musicians alternate between the tonalities of B Flat and E Flat. The most grave instruments have a larger tube, but in general the instruments have folded tube, resembling that of the trumpet. The mouthpiece is projected in a straight angle and the sound, like in all instruments of the brass family, is produced through the vibration of the lips of the musician into the mouthpiece. The museum’s specimen is still under identification phase, but it is believed to be a sopranino saxhorn.