RiqqNot identified | MIDC
Audio & Video Records
The instruments featured in these videos / audios are not museum items, but similar ones. The visual resources used in the materials are not for profit. The visual resource is used as a way to illustrate the use of a musical instrument with an educational purpose.
Audio 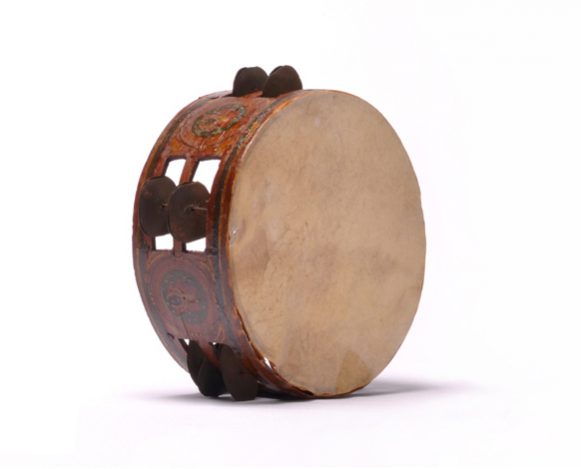 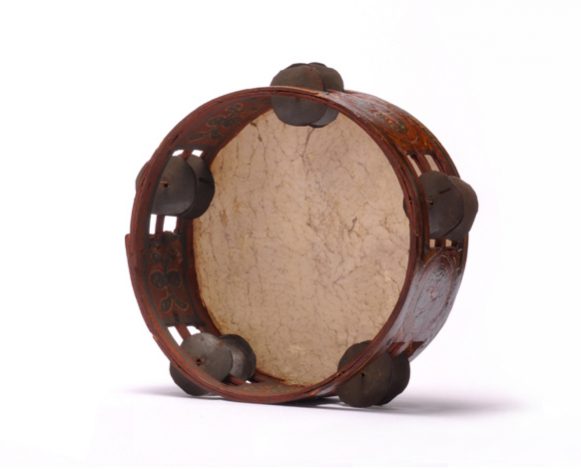 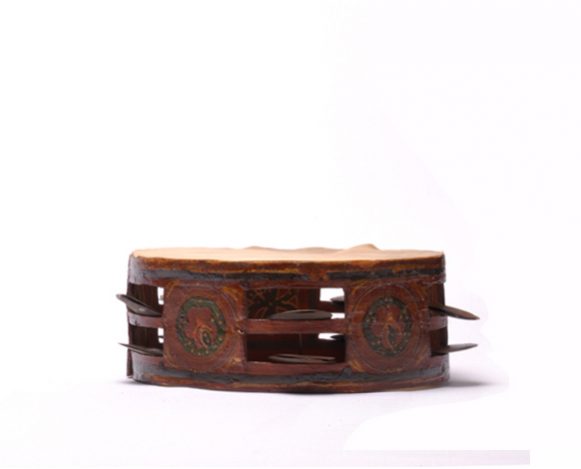 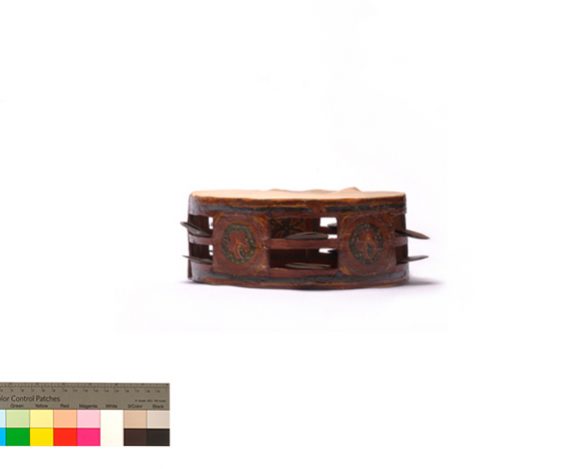 The instrument has a wooden body painted inside and out, with a membrane made of skin on the upper part. There are five double openings with ten pairs of iron disks (called jingles). The decorations are in yellow, green, red and blue, painted over a red background. The sounds produced by the instrument have undetermined pitch. To play, the musician uses the fingers, making the jingles sound. The fingers of the right or governing play most part of the rhythms, whilst the other hand holds the instrument and plays light moves that make the jingles sound. During the restoration work undergone in 2013, a tape to hold the membrane was included and varnish was applied to protect the decorations on the instrument’s body.

Adufe from Egypt. Contains wooden rim, and the membrane can be made of sturgeon’s or goat’s skin, although there are Western versions made of synthetic material. It presents a rather diverse melodic percussive demanding a great degree of virtuosity from its interpreters. Played with fingers, using the timber intonation of “jingles” (metallic discs placed along the rim in pairs). These beat onto one another, due to the articulation’s impulses, and produce the sound that characterizes the riqq. The classification “idiophone” comes from the jingles (also known as batinelas, platinelas or timbers). The distinction given to this intonation is common, when produced with combination with fingers or even by “solo jingles”. The Museum has two riqq specimens: one has a brown rim, ornate with pearl squares and triangles; another, with a painted rim inside and out, receiving colorful decorations in a red background, as well as a blue painted membrane, with Arab characteristics.
Text written by Pedro Sá, percussion professor at the Federal University of Rio de Janeiro (UFRJ).