MayuriAuthor not identified | MIDC
Audio & Video Records
The instruments featured in these videos / audios are not museum items, but similar ones. The visual resources used in the materials are not for profit. The visual resource is used as a way to illustrate the use of a musical instrument with an educational purpose.
Video 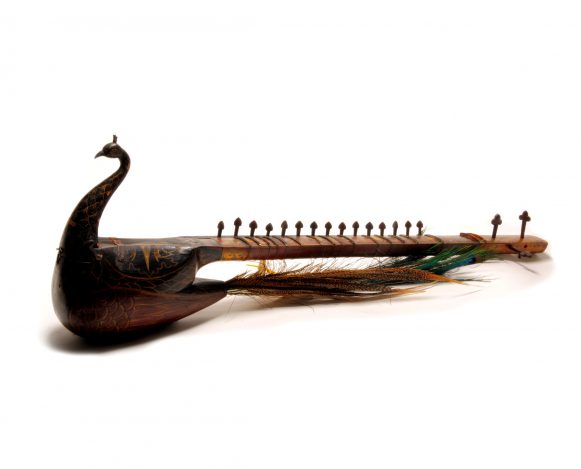 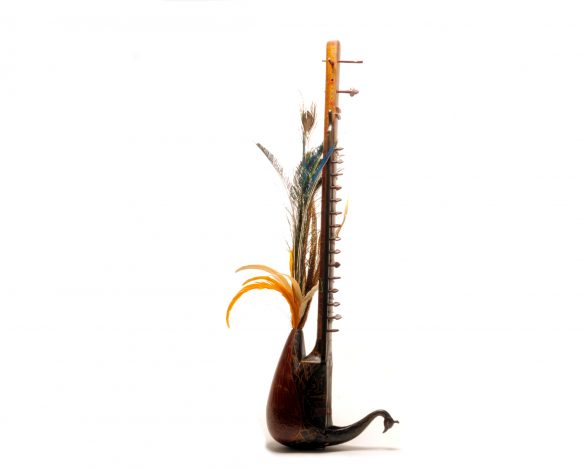 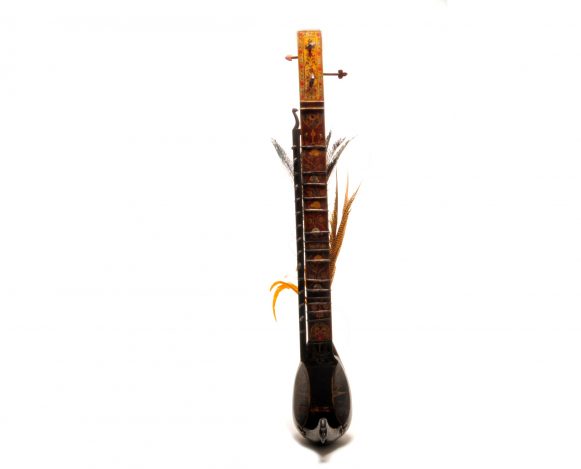 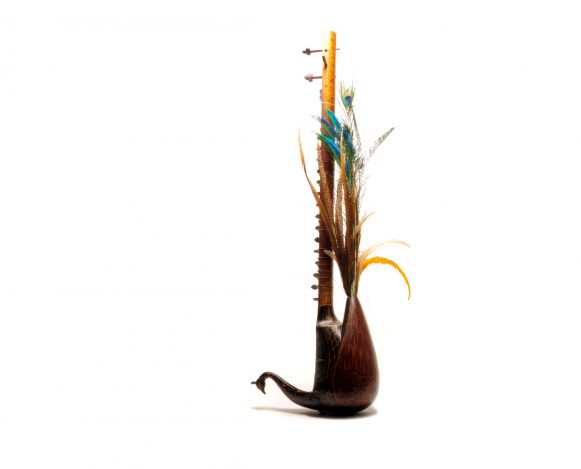 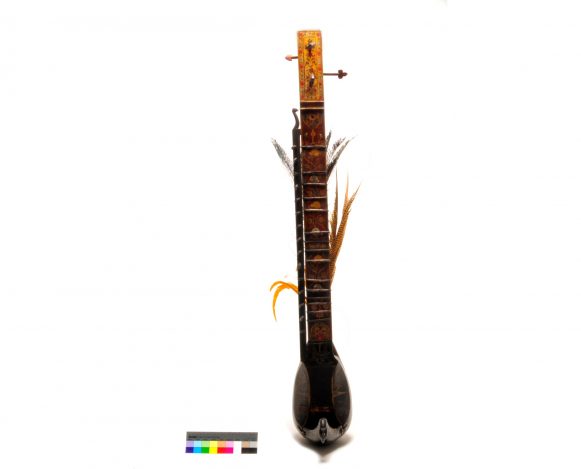 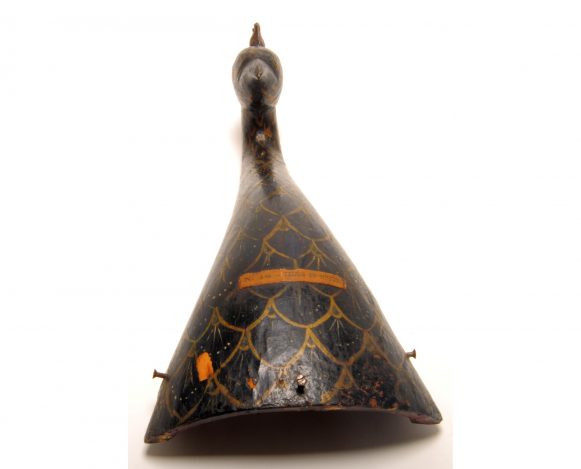 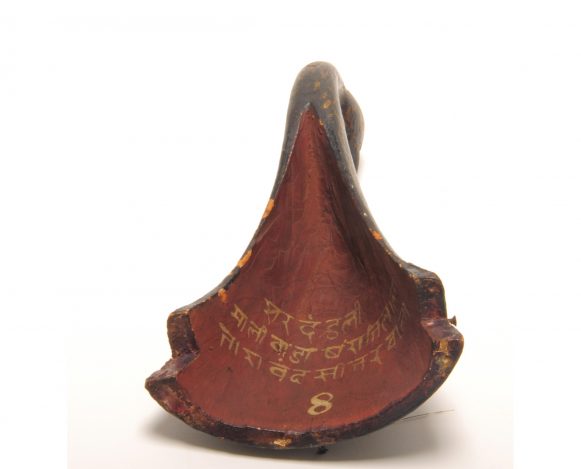 Wooden instrument, with resonance box sculpted in the shape of a peacock. The soundboard is formed by a membrane. On the neck, the fingerboard is wide, convex and made of wood, with curved metal frets tied to the neck. It has four tuning pegs on the head (melodic strings) and fifteen pegs along the neck (sympathetic strings). There is a non-occupied hole for a fifth tuning peg on the head. On the lower end there are three metal hooks used for holding the wooden head of the peacock. On the resonance box there are drawings that imitate the peacock’s plumage, and along the neck, floral motif drawings, predominantly golden ones. There are also feathers decorating the back part of the instrument. All ornaments were made with paints and varnishes. [The melodic strings are made of steel (1st and 4th strings) and brass (2nd and 3rd strings). The sympathetic strings are made of brass]. The melodic strings have the following tuning: F3-C3-C3-G3. In order to play, the musician touches the strings with a convex wooden bow. The instrument is vertically placed, resting on the thigh, and touching the musician’s left shoulder. The Museum’s specimen has no bow.

This instrument is a sort of dilruba, a long neck lute common in Pakistan and in the north of India. The dilruba (word meaning “thief of hearts”) is mainly used to accompany urban music, popular and religious songs. It is a hybrid instrument, with a resonance box similar to the sarangi, and neck with frets similar to the sitar. When the dilruba has a resonance box sculpted in the form of a peacock, it is called mayuri (Hindu word meaning peacock, as the word Ta’us, word of the Urdu language that is also used to name the instrument). The use of a peacock shape for the resonance box is related to the symbology that this animal evokes in the Indian culture: the peacock is considered the vehicle for the goddess of music, Sarasvati. Besides, in Indian poetry, the peacock is used as a metaphor for the act of courting. The mayuri was very popular at the Indian courts of the 19th century, when it was especially used to accompany religious music.