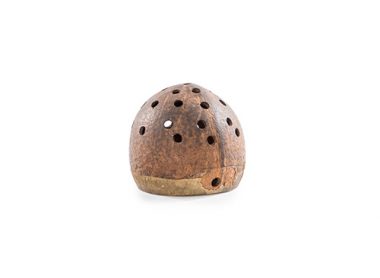 MandolinPorfírio Martins | MIDC
Audio & Video Records
The instruments featured in these videos / audios are not museum items, but similar ones. The visual resources used in the materials are not for profit. The visual resource is used as a way to illustrate the use of a musical instrument with an educational purpose.
Audio 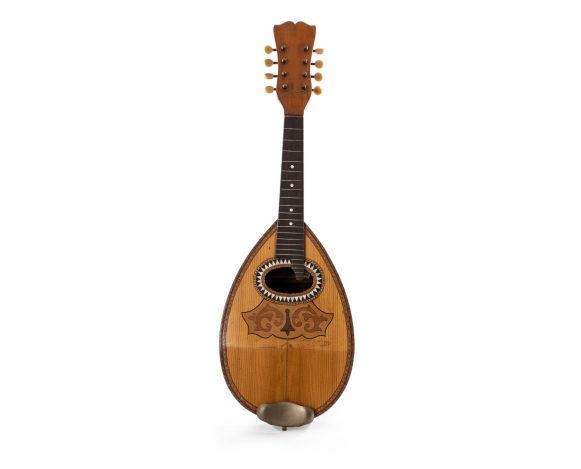 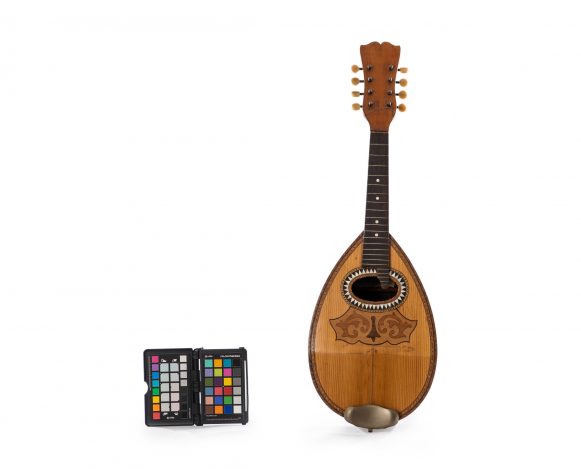 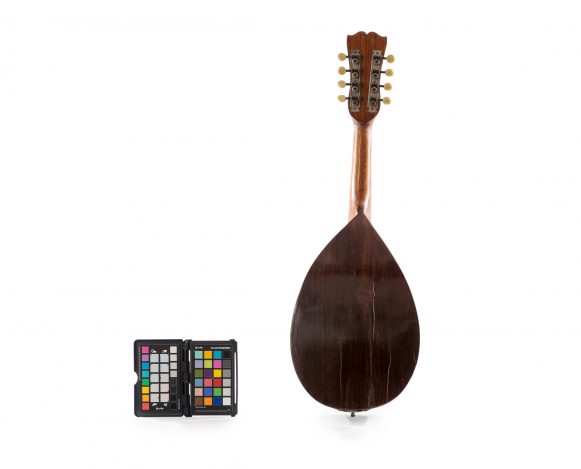 The instrument was built from a mix of a modern Neapolitan model and a modern Portuguese one with a flat bottom. The cover is made of European pine wood and the bottom and the sides are made of Brazilian rosewood. It has a metal strap and a wooden bridge. There are mother of pearl ornaments on tortoise shell, in the form of a butterfly and floral motifs on the soundboard. Other mother of pearl decorations also, around the soundhole. There are four sets of strings tuned in Gl2-D3-A3- and E4. The strings are picked with a plectrum. There are fissures on the head and on the back part of the resonance box.

The mandolin derives from the Italian mandola and the French mandore, equivalent instruments of the 16th century. These instruments were bigger with six to eight string orders, that is, six to eight pairs of strings. There were smaller mandolas also in Italy and in Germany, with four or five pairs of strings. Italians started to call the mandola a mandolino and the instrument became very popular between the 17th and 18th centuries. In the 19th century, the Monzino luthier family from Milan made various structural modifications in the mandolino, reinforcing the body and making it bigger. In the 19th century the Vinaccia family continued the changes started by the Monzinos, and built the modern mandolin, or Neapolitan mandolin, with four pairs of strings, deep body, decorated soundboard, and tuning like the violin G2-D3-A3-E4, and strings picked by a plectrum. In the 20th Century, the family of modern mandolins of straight bottom continued to be rather popular, used in jazz, bluegrass, and popular Irish music. In Brazil, the instrument is part of ensembles that play the choro, musical genre original of Rio de Janeiro at the beginning of the 19th century and still very popular.
Text written in collaboration with Professor Paulo Sá of the Federal University of Rio de Janeiro (UFRJ).