CornetF. Besson | MIDC
Audio & Video Records
The instruments featured in these videos / audios are not museum items, but similar ones. The visual resources used in the materials are not for profit. The visual resource is used as a way to illustrate the use of a musical instrument with an educational purpose.
Video 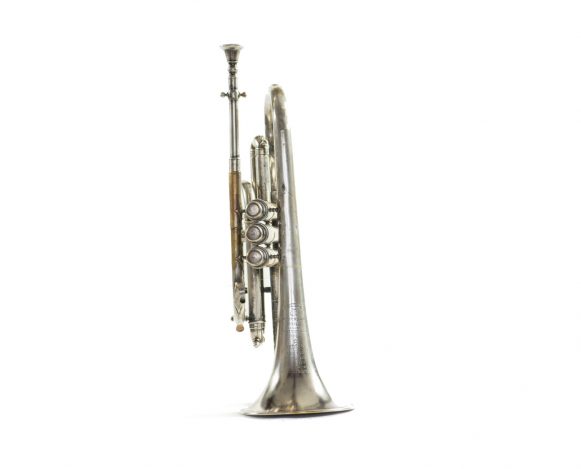 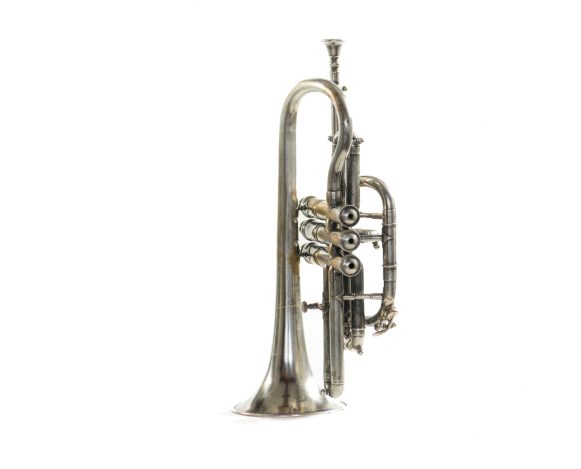 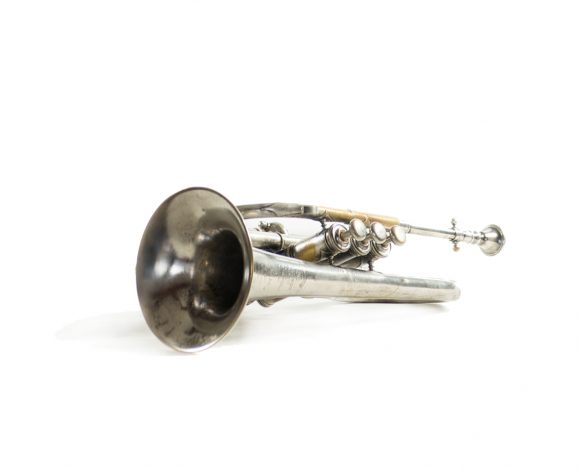 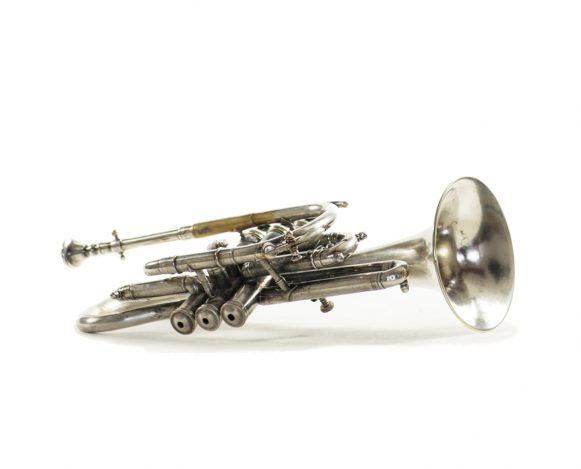 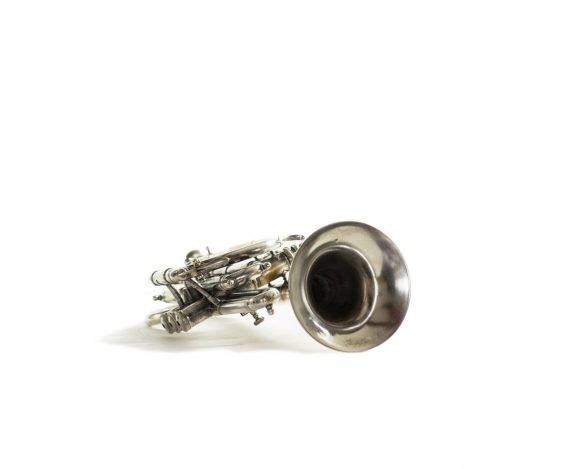 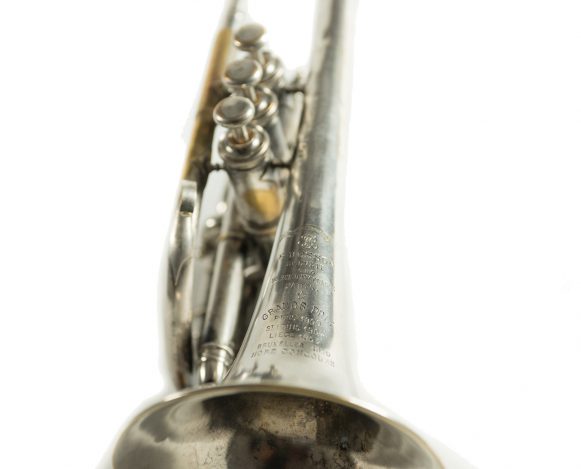 Instrument made of metal, with three valves in the central part and hemispherical shape mouthpiece on the rear. The instrument is tuned in B Flat, and its range goes from F#2 up to C5. Some musicians have gone one octave higher or more. The museum’s item does not have a mouthpiece.

The cornet appeared for the first time around 1828; at that time the instrument had two valves and some loops. Regarding its physical aspect and its execution technique, the cornet is quite similar to the trumpet, but it has a softer and less shiny sonority. This happens especially because the cornet’s mouthpiece is hemispherical shaped and is deeper than that of the trumpet, which grants the softer timber. These characteristics of the mouthpiece also give the cornet a greater agility, and this is why the instrument has been quickly accepted in the orchestra formation, having been used by composers like Hector Berlioz (1803-69), César Frank (1822-90), Georges Bizet (1838-1875) and Edward Elgar (1857-1934). At present the cornet is the main treble instrument in brass bands and in military bands, and it is also very much used in jazz.