ViolinJoão dos Santos Couceiro | MIDC
Audio & Video Records
The instruments featured in these videos / audios are not museum items, but similar ones. The visual resources used in the materials are not for profit. The visual resource is used as a way to illustrate the use of a musical instrument with an educational purpose.
Audio 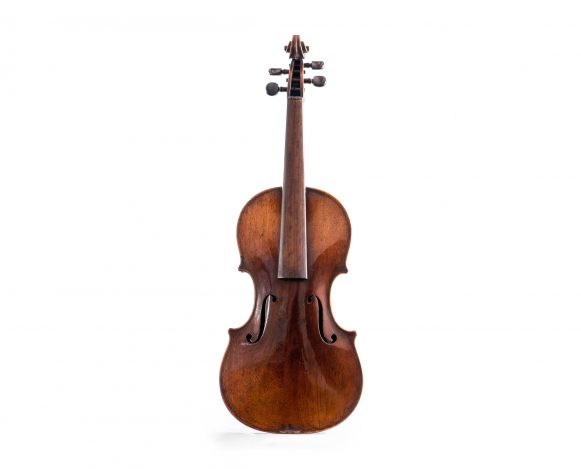 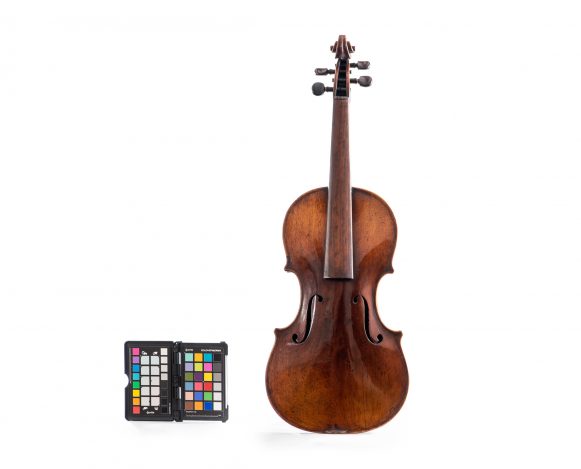 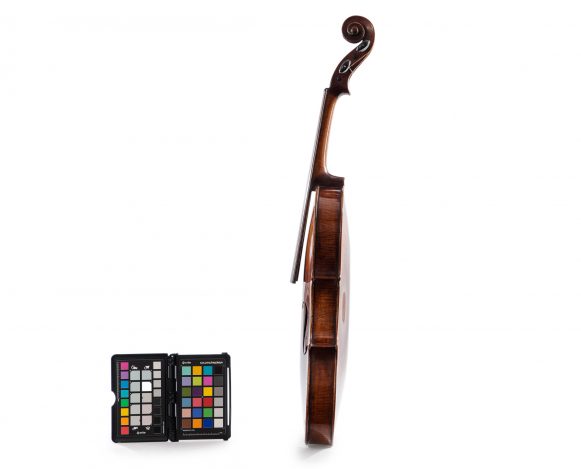 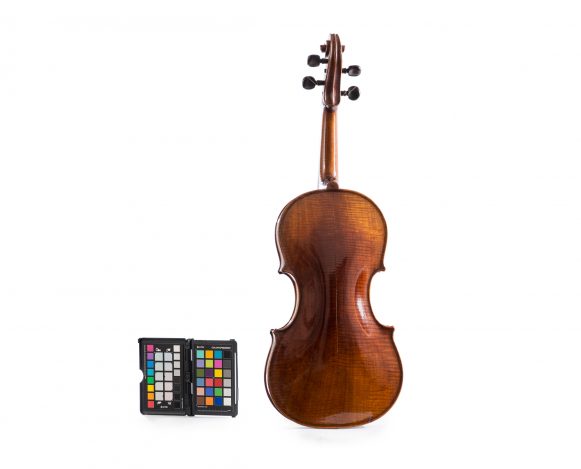 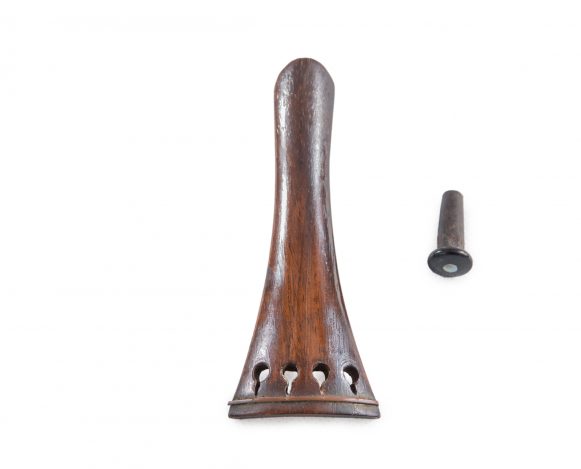 The instrument has a bottom made of maple wood and a soundboard made of cedar wood. The four strings are tuned G2-D3-A3-E4. To play, the musician rests the instrument’s lower end on the left side of his neck, touches the strings with the bow, which is guided by the right hand, at the same time as the left hand fingers press the strings to produce the notes. The museum’s specimen does not have a bow or a bridge.

The violin is the soprano member of the bow chordophones’ family, which include the viola and the cello. The instrument has a great sustained sound capacity and a great expression and intensity spectrum. The violin’s sonority is usually obtained by the smooth sliding of the bow over the strings; the vibrations are transmitted through the bridge to the soundboard, and through the soul for the bottom. The four strings violin, which was already known in 1550, was preceded by a three strings violin. The latter was a cross between the rebec, the Renaissance rabeca and the lira de braccio (developed form of rabeca). On the 16th century, the Italian school of violin makers dawned (Andrea Amati in Cremona, Gasparo de Saló in Brescia), making adaptations and improvements on the instrument. These modifications were important so that the violin’s structure could enable musicians to play the works of composers of the 17th century, who were more exigent, particularly regarding operas, sonatas and concerts. On the 19th century, orchestras and concert rooms demanded more of the instrument’s sound potential, and the luthiers from this period have improved the instrument’s manufacturing techniques even more. In 1800 the violin’s shape and technique had already been standardized, despite the fact that the chinrest was invented and added around 1820, by Spohr. But this was considered a modification of minor importance. In contemporaneity, the violin suffers some more adaptations: internal reinforcement, more elevated bridge, neck in a sharpest angle in relation to the body (to allow more tension on the strings), longer fingerboard (to reach higher notes). The present violin’s repertoire is large: sonatas, chamber music, concerts, light music, pieces seeking to show a high technical level, amongst other. Besides, like other bow chordophones, the violin can presently be electronically amplified, and in this case, it contains a hollow structure, coming in different shapes. Previous inventories inform that this museum’s specimen has participated in the Universal Exhibition of Paris in 1889, where it was awarded with a silver medal. The universal exhibitions have started to occur in the end of the 19th century, in a context of advancements in the metallurgic and steelworks fields, consolidating the use of electricity and oil, when companies and governments have started to finance scientific research, aiming to get ahead in the international competition. Amongst the main goals of these exhibitions were: the desire of showing the strength of the mechanical force and its inventions, the desire of showing everything regarding human activity – but the machines and the new inventions were the main attraction. Brazil has intensely participated in these universal exhibitions, but the most significant participation took place in the Paris Exhibition in 1889 (exhibition in which this museum’s violin specimen took part). The Brazilian pavilion, in 1889, had three floors. The second floor displayed lithography, prints, books, and objects from the Bourgeois lifestyle in general, such as suitcases, clothing and silk. This floor tried to show the cultural refinements. It was the floor of the literate and erudite Brazil, where this violin specimen from the museum could be displayed.