Valve trombone F. Besson | MIDC
Audio & Video Records
The instruments featured in these videos / audios are not museum items, but similar ones. The visual resources used in the materials are not for profit. The visual resource is used as a way to illustrate the use of a musical instrument with an educational purpose.
Audio 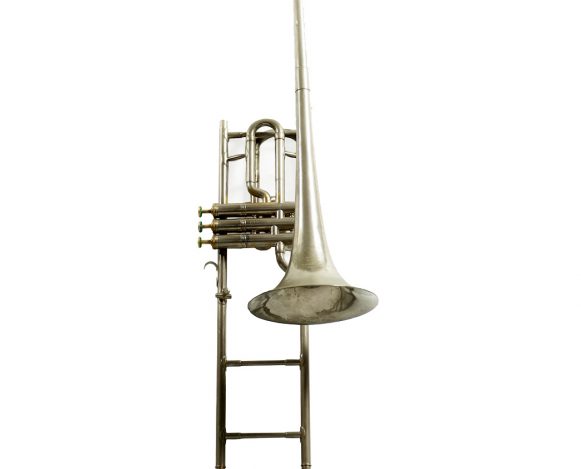 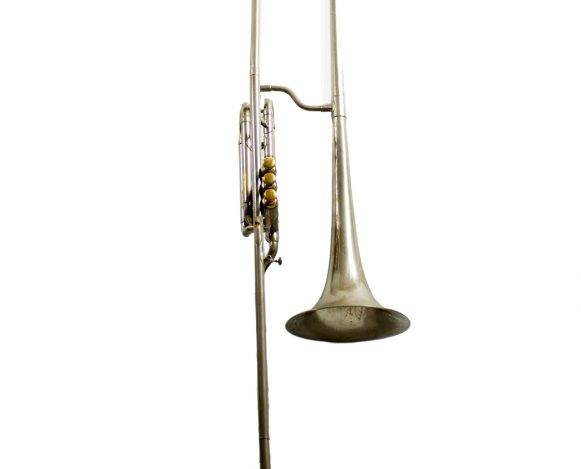 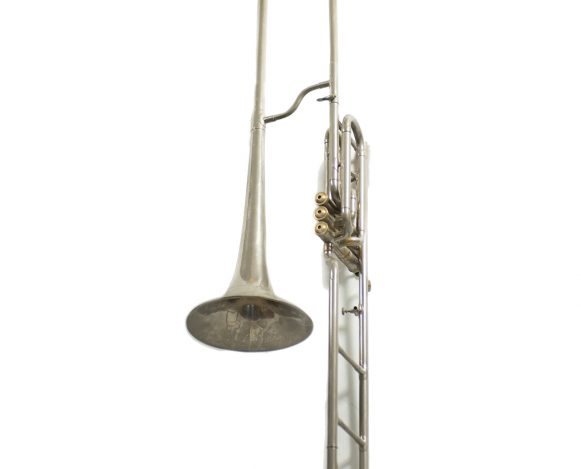 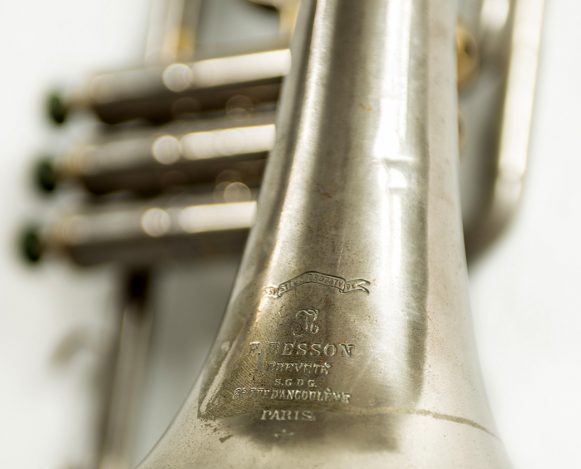 Instrument made of metal with cup shaped mouthpiece, and cylindrical tube on the first two thirds of the instrument, then the tube expands into a bell. On the central part there are three valves modifying the pitch of produced sounds. The museum’s specimen does not have a mouthpiece.

The ancient history of the trombone is confusing due to the lack of clarity regarding the instrument’s name. It is generally accepted that the instrument’s immediate precursor was the sackbut. This term was used between the 15th and the 17th centuries to designate every metal instrument possessing sliding valves and, thus being, was applied to simple slide trumpets and double slide instruments. To increase the confusion, the term posaune (German name for trombone) was used to call the large trombone with no sliding valves. In fact, these trombones or sackbuts from the beginning of the 15th century were more similar to the trumpet than the modern trombone. The tube was narrowest and the bell had a smaller opening, the sound produced was more metallic and less potent. The museum’s specimen is a valve trombone, the sort of trombone that uses valves similar to those of the trumpet, instead of sliding valves to produce the notes. This instrument appeared in the 19th century and stayed in use until the 20th century. Some scholars say that the use of the valve trombone did not take root because although this instrument could enable more technical agility, it did not have the sonority and richness of the cantabile passage of the sliding valve instrument.