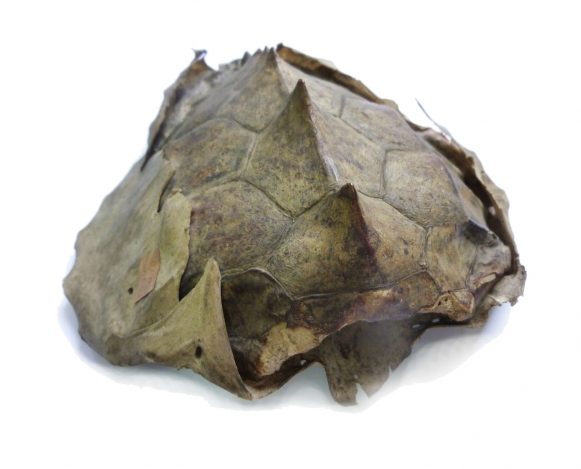 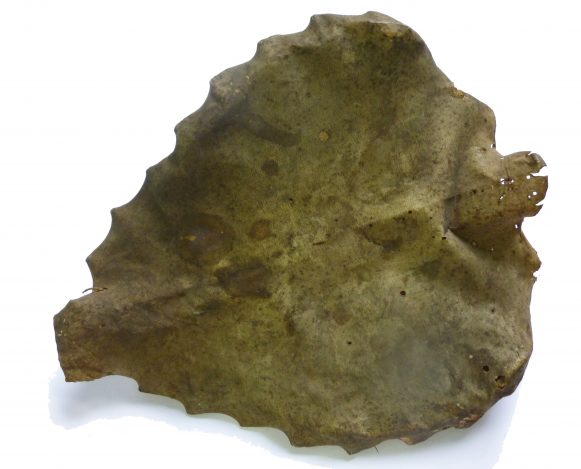 Struck or rubbed idiophone with undetermined pitch. Musical instrument made of tortoiseshell, which can be rubbed or stroke with a fine wood stick, or have one of the holes covered with dough (vegetable or animal) and struck by the palm of the hand on the open hole (the one on the animal’s head). During the preparation of the instrument, the shell of the dorsal carapace is used as the resonance box and the flat ventral part as the point of touch.
Text written by Professor Pedro Sá, percussion professor at the Federal University of Rio de Janeiro (UFRJ).

The instrument sounds in the medium region and the way it is played amongst Indigenous people may vary from tribe to tribe. This instrument is used by Wai Wai Indians from Rondonia, Arara Indians, from Pará, and by the Caraja Indians, from Tocantins. Heitor Villa-Lobos used the instrument with drum idiophone function, tapped with sticks, in the score of the Choros n. 9, beginning with rehearsal n. 23, where there is an indication for only one performer to play: samba tambourine, turtle, deaf drum, bass drum nightshirt and symphonic, melodic sequences performing in the form of arpeggios in a multiple percussion setup.
Text written by Professor Pedro Sá, percussion professor at the Federal University of Rio de Janeiro (UFRJ).