TriangleAuthor not identified | MIDC
Audio & Video Records
The instruments featured in these videos / audios are not museum items, but similar ones. The visual resources used in the materials are not for profit. The visual resource is used as a way to illustrate the use of a musical instrument with an educational purpose.
Audio 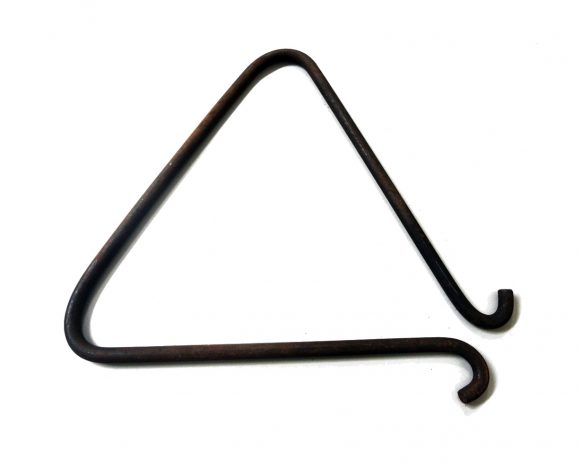 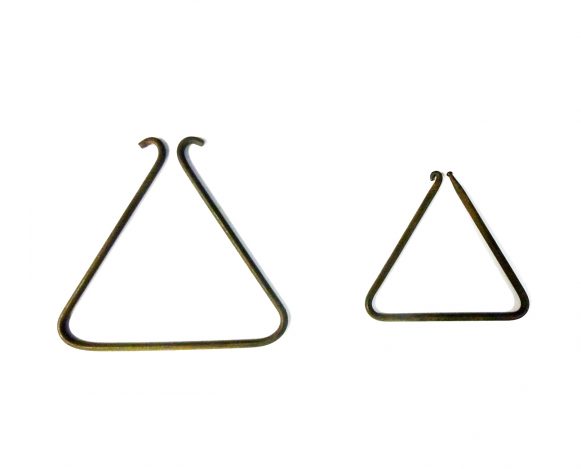 Ferrinho is the old denomination of the triangle in music bands, in towns of the Brazilian inland. The ferrinho style, or baião triangle, is also the peculiar style of playing northeastern Brazilian rhythms and of some rural Portuguese romps and dances. The name ferrinho (ferro meaning iron in Portuguese) is due to the metallic iron sound that is produced. Its characteristic, well grounded at the armorial Brazilian northeastern aesthetics, comes from the ostinato played with the alternate ups and downs of the stick, on the base and on the upper part, directly suspended by the musician’s hand, who, by grabbing and letting go of the body of the instrument, produces the two timbres which characterize the style in terms of rhythm and sound. César Guerra-Peixe used these two timbre intonations (trapped sound/loose sound) in his Suite No. 2 – Pernambucana, from 1955, and also Edino Krieger, in the works Abertura Brasileira (1955) and Canticum Naturale (1972).
Text written by Professor Pedro Sá, percussion professor at the Federal University of Rio de Janeiro (UFRJ).