SulingAuthor not identified | MIDC
Audio & Video Records
The instruments featured in these videos / audios are not museum items, but similar ones. The visual resources used in the materials are not for profit. The visual resource is used as a way to illustrate the use of a musical instrument with an educational purpose.
Video 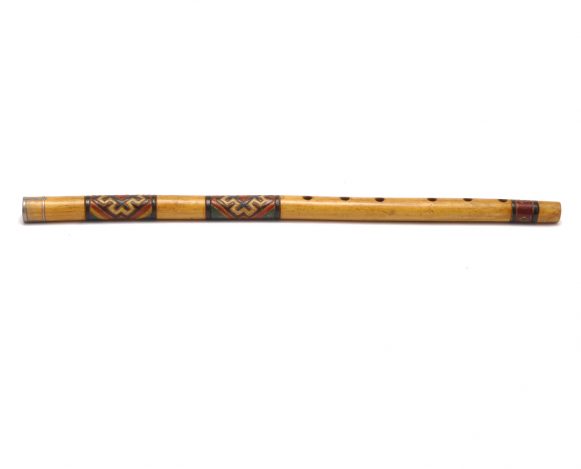 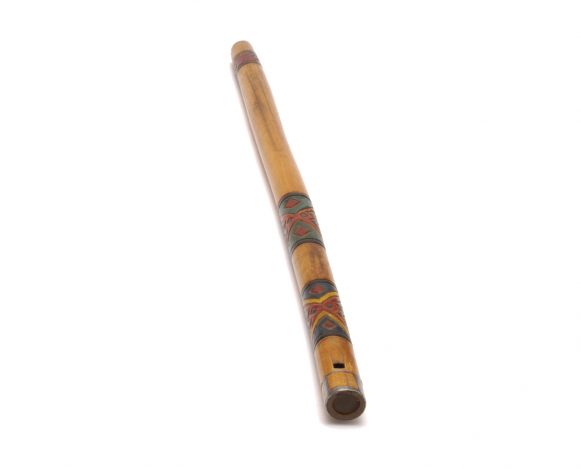 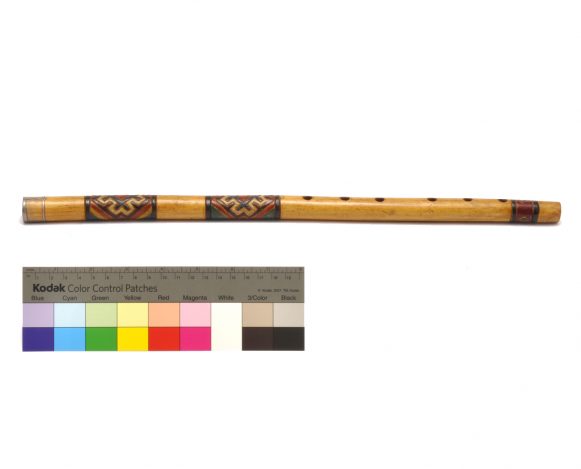 Bamboo made flute, with flat ends. It has six holes. On the top end the opening is rather small, and around the tube there are two metal rings, which are apart one from the other, but united by a thin vertical piece also made of metal. Along the instrument’s tube, there are ornaments that have been carved by fire. To play, the musician conducts the air through an external duct, formed by a reedy limb tied around the tube, slightly above the instrument’s upper opening. The museum’s item does not have the external duct.

Instrument from Indonesia, Malaysia and South of the Philippines. In Java Island (Indonesia), the instrument is used in solos as well as in Gamelan traditional ensembles. These groups are formed by a significant number of metalophones, xylophones, drums and gongs, which differ in size and instrumentation according to each town. Bamboo idiophones such as the angklung, and flutes such as the suling are part of some of these groups.