SarrusophoneEvette & Schaeffer | MIDC
Audio & Video Records
The instruments featured in these videos / audios are not museum items, but similar ones. The visual resources used in the materials are not for profit. The visual resource is used as a way to illustrate the use of a musical instrument with an educational purpose.
Audio 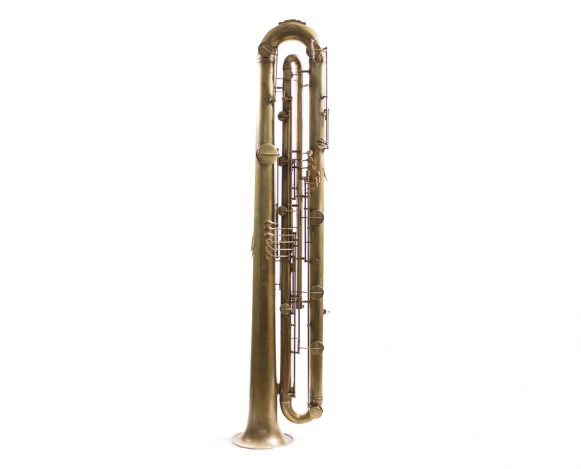 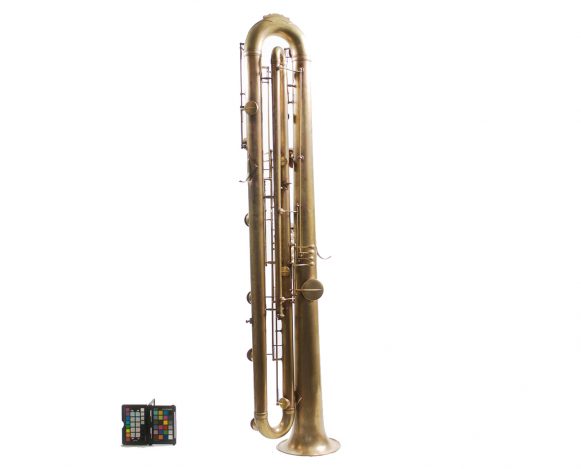 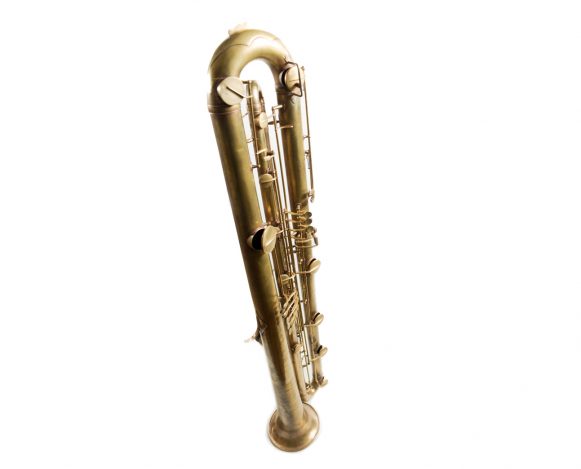 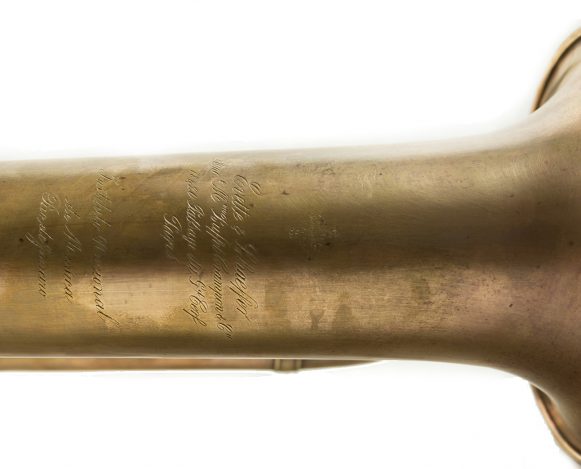 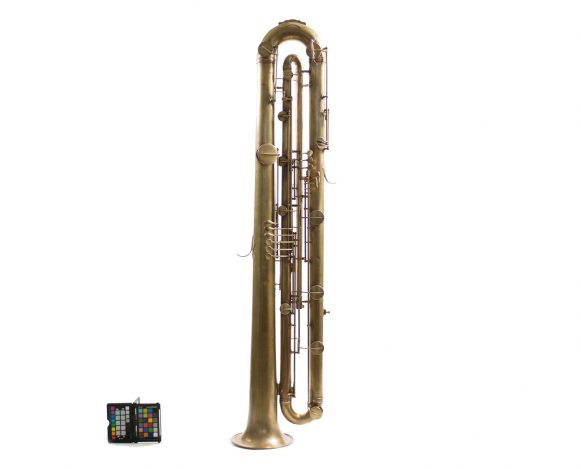 Metal made instrument played with a double reed with conical tube and a barrel joint where the reed is fixed. The museum’s specimen does not have a barrel joint.

The family of the sarrusophone instruments was created in 1856 by Pierre-Auguste Sarrus (1813–1876), conductor of the French Army. During the 19th century, there was an increase in the need for instruments with larger sound capacity that could be used in presentations outdoors. When Sarrus created the sarrusophone, his intention was to replace instruments of the woodwind family, such as the bassoon and the contrabassoon, which were considered to be rather fragile and with low sound volume to be used in presentations outdoors. The family of the sarrusophone includes the sopranino model in E Flat, going up to the double bass in E Flat or in B Flat. Regarding the range and the fingering of these instruments, the sarrusophones are very much like the saxophones. This similarity with the saxophone has even motivated Adolphe Sax, the inventor of the saxophone, to file a law suit for copyright violation against Sarrus. The sarrusophones had a short term popularity, but were abandoned after that; only the double bass sarrusophone was used in a more long-lasting way in orchestral works of composers such as Saint Saens and Massenet replacing the contrabassoon. The museum’s specimen is still under identification phase, but is probably a double bass sarrusophone.