SarangiAuthor not identified | MIDC
Audio & Video Records
The instruments featured in these videos / audios are not museum items, but similar ones. The visual resources used in the materials are not for profit. The visual resource is used as a way to illustrate the use of a musical instrument with an educational purpose.
Audio 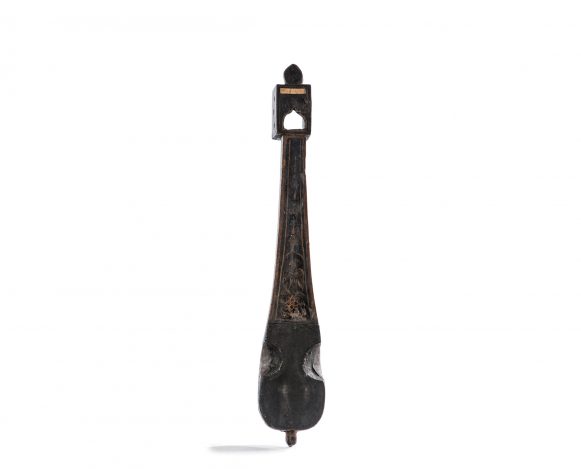 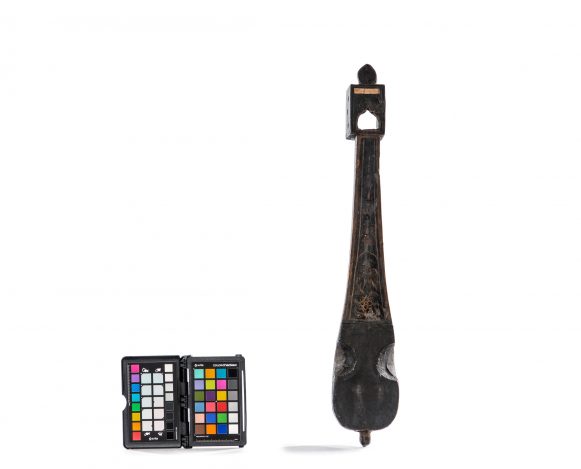 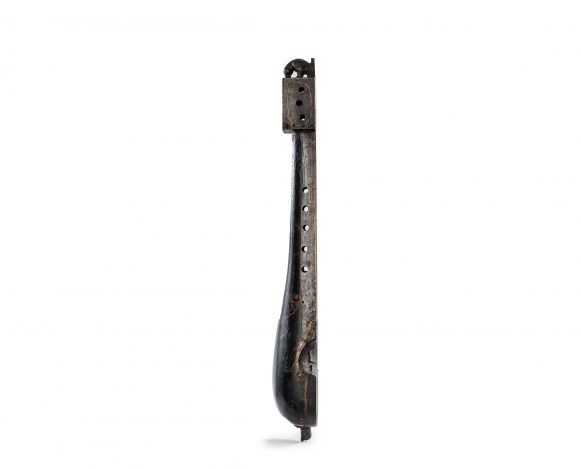 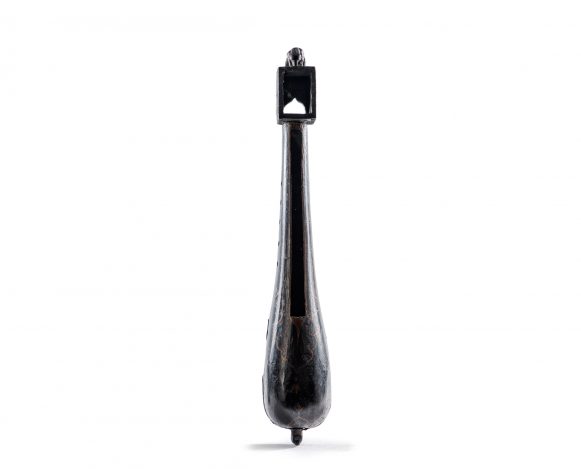 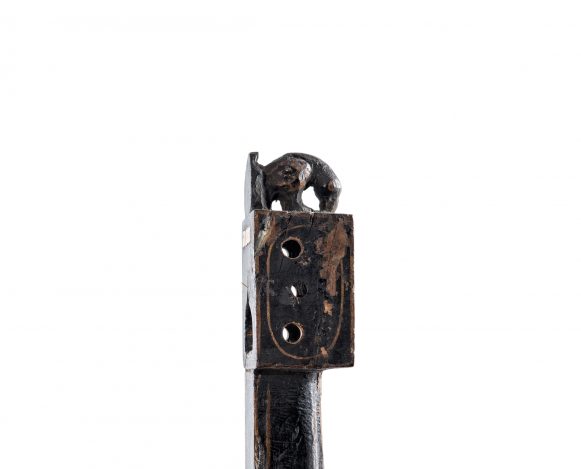 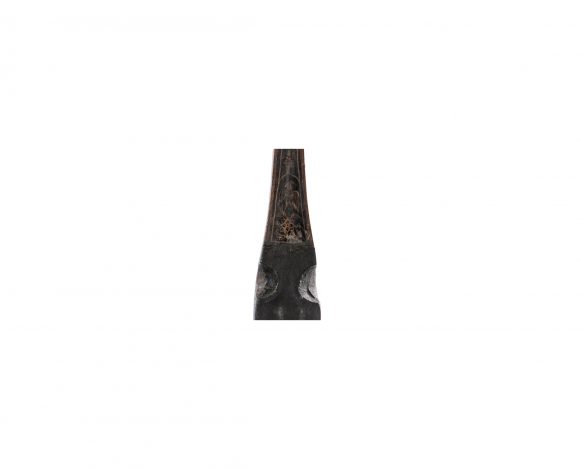 The instrument is made out of a single piece of wood, and has an outstretched and portly shape. The body is hollow inside, flat in the front and cambered on the back. There is a narrow, long, rectangular opening on the back. In the front part, there is a sort of waistline sculpted and covered by a membrane, serving as a soundboard. A wood bar inserted in works similarly to what is known as the western “soul” of a violin. The neck is slightly narrowed towards the top, and also acts as a tuning peg for sympathetic strings. On the peg box itself, the three pegs of the main strings are placed, and on the upper end there is a bird figure sculpted. On the lower end of the instrument there is a small appendix. The bow is rigid and convex, and the tension of the horsehair is constant. The whole instrument is varnished in black, and there are flower and bird drawings in a yellowish color on the back part. The main strings are made of steel and brass, and the sympathetic strings are made of brass. The three main strings are tuned in the following manner: F3-G3-A3-B3-C4. In order to play the sarangi, the musician sits with his legs crossed and rests the instrument vertically on his left shoulder. The strumming is made with the left hand nails, so that the pressure is applied laterally. Fingering may vary according to musicians, but, in general, the same finger can be used for more than one note, so that the characteristic ligatures of the Indian vocal music can be produced. The strings are touched by the bow, which is held by the right hand. The Museum’s specimen does not have a bow. The museum catalogue of 1905 describes ornaments in gold all over the instrument, however, these are not so visible these days.

Instrument sounding very close to the human voice, found in northern India and Pakistan music. There is not a rigid standardization regarding its structural aspects and technique, therefore, in rural areas of northern India, a great variety of fretless bow chordophones are called sarangi. The sarangi was originally a popular musical instrument, but it became part of northern India’s classical music, probably around the 18th century, when the khayālvocal style, to which the sarangi is still intimately connected, gained fame. Around the 19th century, the sarangi became related more closely to dancers. In the 20th century, there was a decline in its use and popularity, due to the boost in the use of the harmonium, rival of the sarangi as an accompanying instrument, among other factors.