PioAuthor not identified | MVL
Audio & Video Records
The instruments featured in these videos / audios are not museum items, but similar ones. The visual resources used in the materials are not for profit. The visual resource is used as a way to illustrate the use of a musical instrument with an educational purpose.
Audio 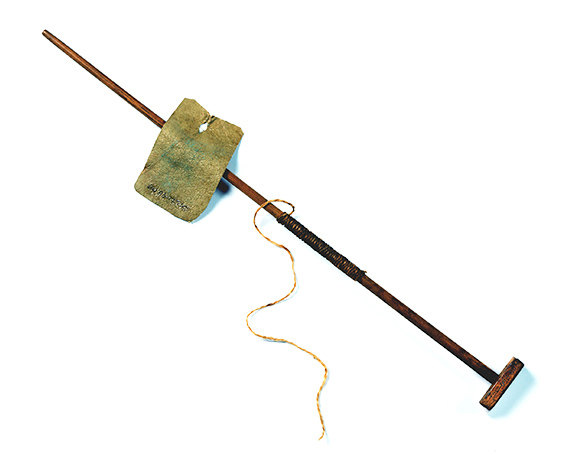 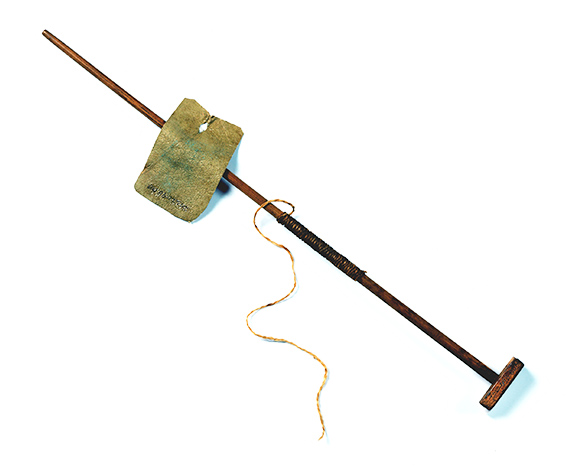 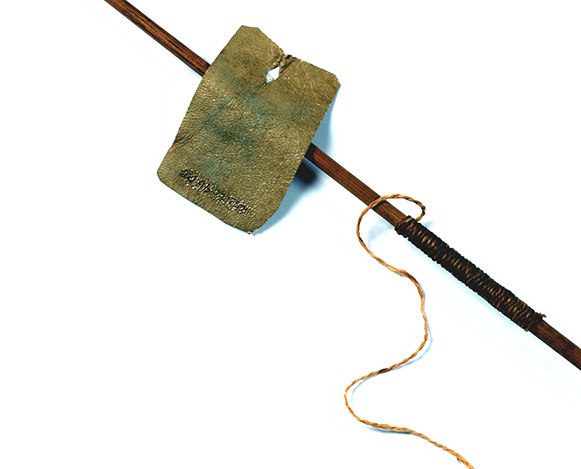 There are several instruments called “pio”, many of them are wind instruments like whistles. However, the “pios” of the Villa-Lobos Museum, used in the work of the composer Heitor Villa-Lobos, have particular characteristics and are made up of a thin stick, about 35 to 45 centimeters long, pointed at the upper end. The rod is fixed to a small base that serves as a support or resistance to the friction used to produce the sound, performed with a small piece of leather. The instrument has no specific tuning. The name pio derives from its timbre intonation that resembles the cheep of a bird.

To play, the instrumentalist prepares the wooden rod with a resin that facilitates friction, which is made with a piece of leather – also prepared with the same resin –, thus achieving the emission of the desired sound.

According to percussionist Luiz D’Anunciação, author of the book “Os Instrumentos Típicos Brasileiros na Obra de Villa-Lobos”, the “pio” is used by certain indigenous peoples as a hunting decoy. Villa-Lobos used it as a percussion instrument, with the intention of introducing the simplicity of an instrument that represents the presence of Brazilian indigenous culture in his work. The composer introduced it in the “4th Suite of the Discovery of Brazil”, in “Choros n. 9” and in “Symphony no. 10 – Amerindia”.

A curiosity about the performance of the pio, reported by D’Anunciação in his book, is that sometimes, in orchestras led by Villa-Lobos, musicians accidentally broke the instrument when playing it, due to its fragility, the which made the conductor drop the baton to play it, demonstrating his commitment to maintaining the original fidelity of his compositions.