OboeBuffet Crampon | MIDC
Audio & Video Records
The instruments featured in these videos / audios are not museum items, but similar ones. The visual resources used in the materials are not for profit. The visual resource is used as a way to illustrate the use of a musical instrument with an educational purpose.
Audio

Instrument: Oboe
Source: Demonstrative audio of a copy of the University of Edinburgh, available on the MIMO website (2014). 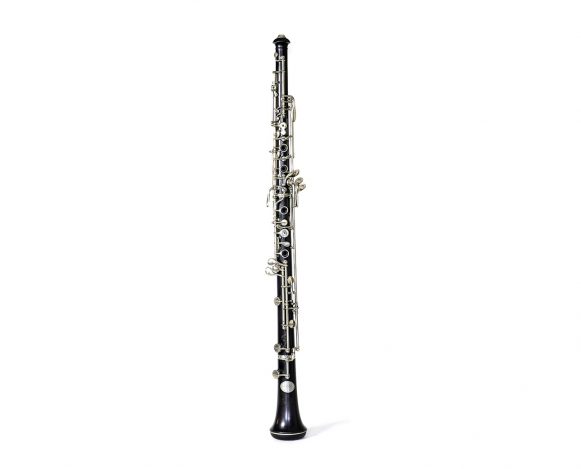 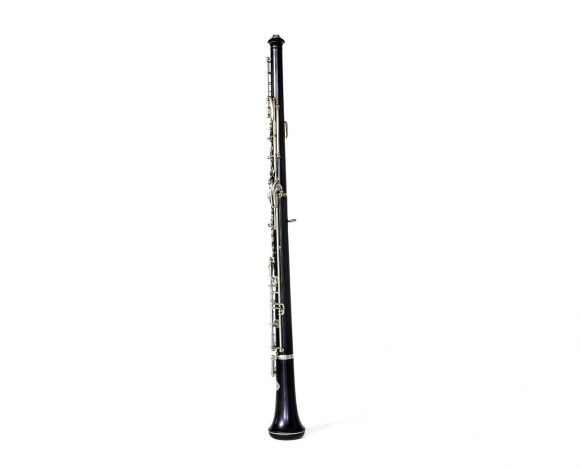 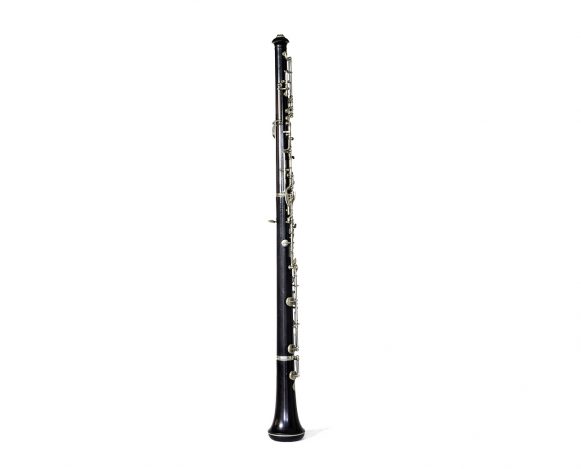 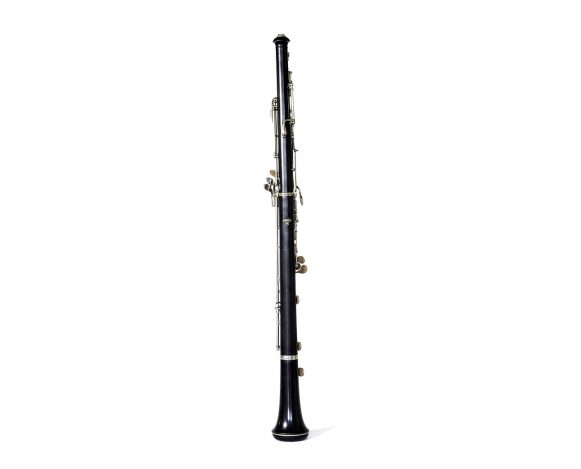 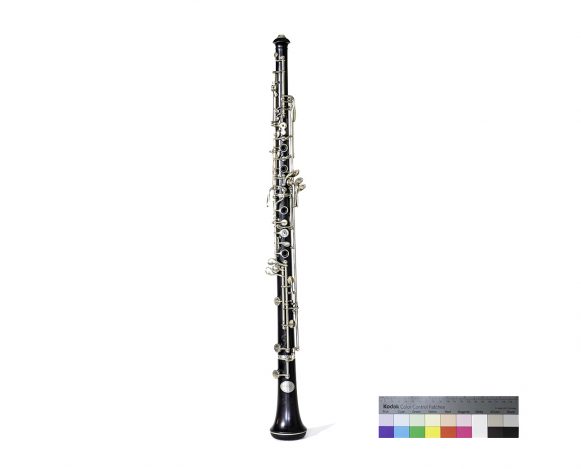 Ebony made instrument, with conic tube, played with a double reed. It has three sections: upper junction (including the reed compartment), lower junction and the bell (not so wide). The mechanism is formed by keys and rings and one of the keys is not original. The instrument is not transposing, and its range goes from B Flat5 to A5. The museum’s specimen does not have a reed.

The oboe probably originated from the development of the shawm and the hautbois. There is great historical proximity between these two latter instruments. The term “hautbois” means high wood, long or hard, and was applied in France and in England to various small shawms. The shawm is a wooden instrument with conic tube, six holes and no keys, played with a double reed; the latter is fixed to a kind of disk positioned on the instrument’s upper end, called the pirouette. There are still many controversies regarding the shawm’s evolution into the oboe, probably the changes occurred on the shawm during the 17th century gave birth to a new instrument called the hautbois, with two or three keys and a two octave range. The hautbois has gone through various modifications, such as the narrowing of the tube, the holes have become smaller and in the beginning of the 19th century, eight keys were added. In the middle of the 19th century, the hautbois has been structured in a manner very similar to that of the oboe that we know now, and still in this same century, Josef Sellner created an oboe with thirteen keys. The present oboe has a conic tube with three sections: the upper junction (including the metallic duct where the reed is fixed), the lower junction and the bell. The instrument is played with a double reed, consisting of two blades of cane positioned face to face and fastened to the metallic, narrow and conic duct. In order to play, the musician fits the free extremities of the reed between the lips and blows, the blades vibrate and convey this vibration to the column of air present inside the instrument’s body. In addition to the soprano oboe, the most known instrument, the family of oboes includes the oboe d’amore in A, the English horn in F, and the baritone oboe in C.