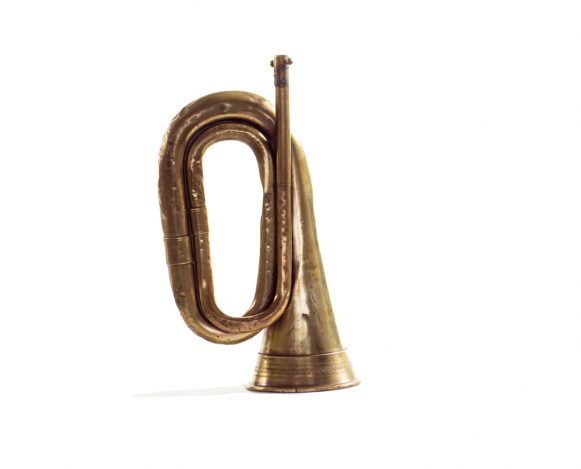 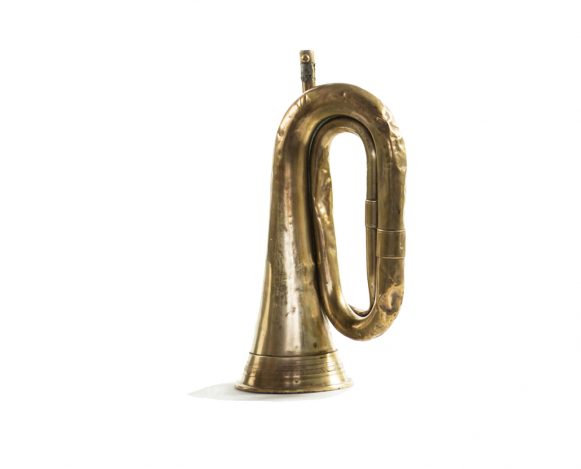 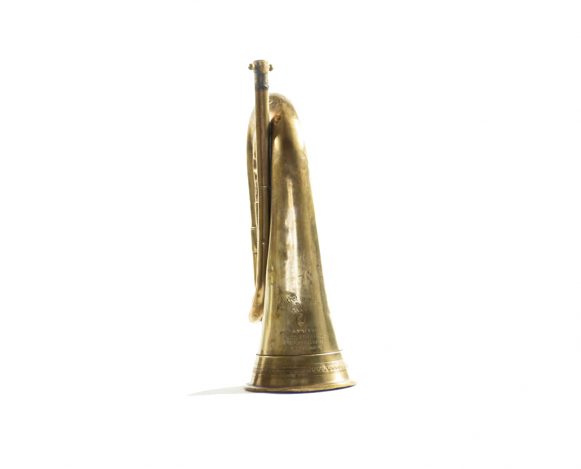 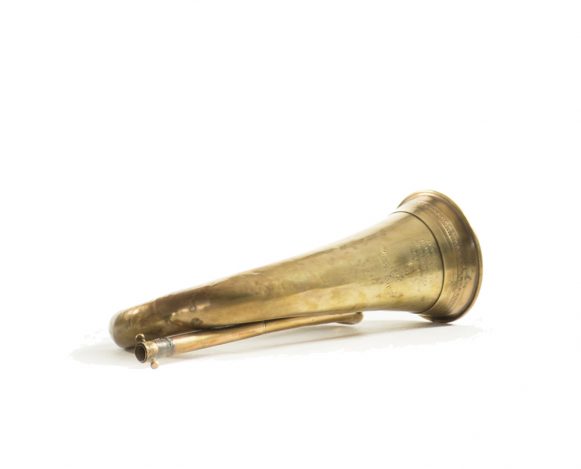 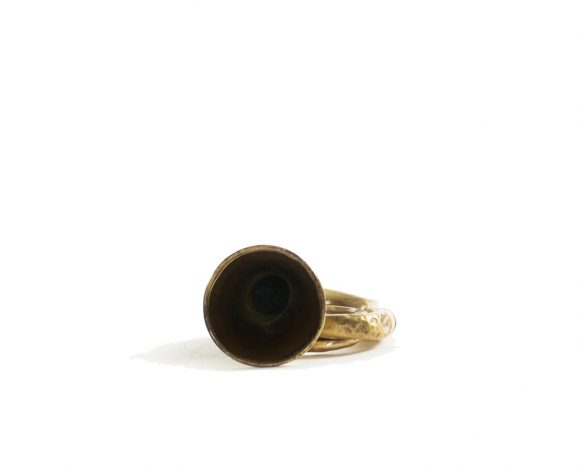 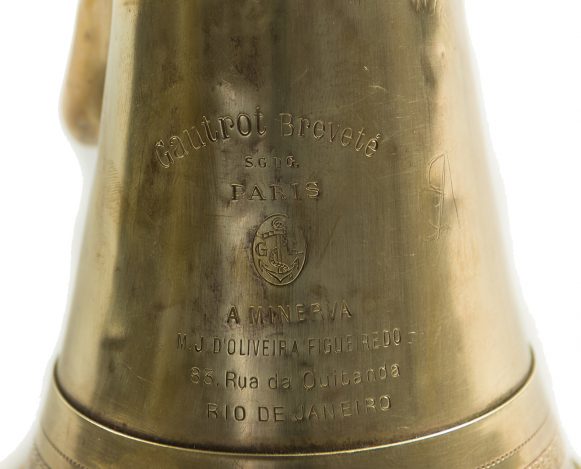 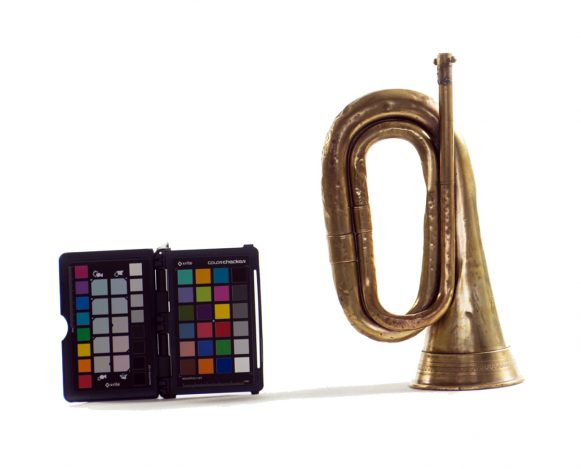 Instrument made of metal, with tube coiled up in two loops. The instrument does not have valves. There are decorations around the bell. The museum’s item does not have a mouthpiece.

In Portuguese the term “corneta” is used as the generic name for instruments made of metal, with or without valves. The natural horn does not have valves to help the musician to obtain the notes; these are produced only through the pressure of air and the lip control which adjusts the tuning of notes of the harmonic series of the instrument’s tube. Each note is composed by a series of partial sounds called harmonics. Every string and every air column such as, for instance, those composing the chordophones and the aerophones, can vibrate as a whole or partially, in smaller sections (half, one third or two thirds of their dimensions). On the natural horn, the musician plays using the harmonics of the harmonic series naturally produced by the instrument’s tube, the lip control causes total or partial vibration of the air column, making the natural harmonics sound. The size and the material of which the tube is made determine the number and the quality of harmonics and influences the instrument’s timber.