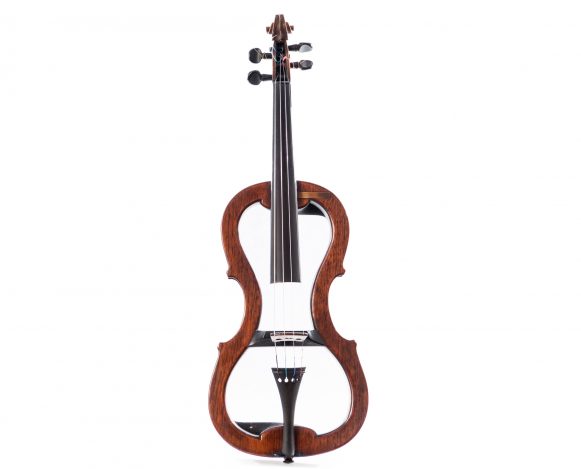 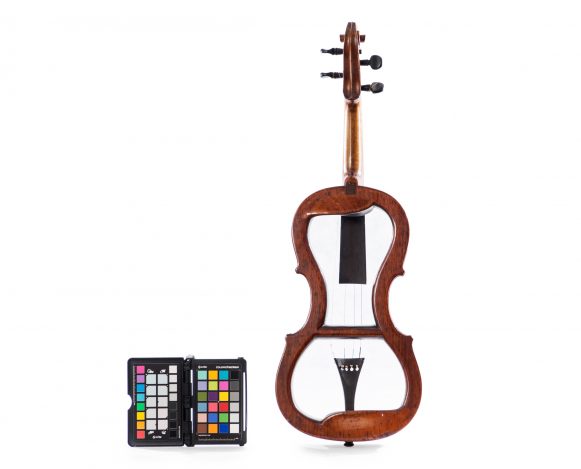 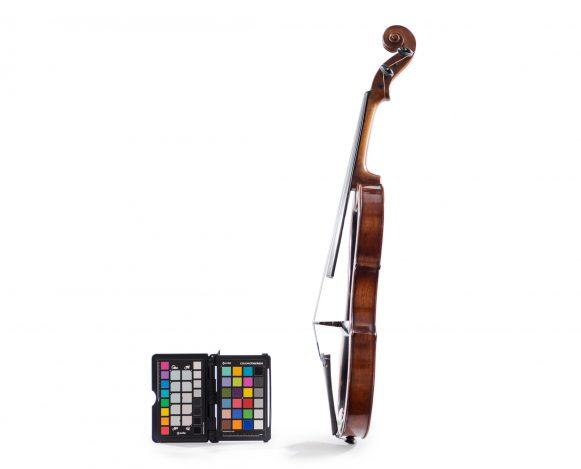 The instrument does not have a resonance box. Its major part is made of cedar wood; only the bottom is made of ebony. The bridge and the tuning pegs are also made of ebony. The previous inventories of the Museum indicate that the instrument follows the Charles F. Albert system, a violin maker from the United States of America. It has four strings tuned G2-D3-A3-E4. In order to play, the musician rests the lower end of the instrument on the left side of his neck and touches the strings with the bow, which is guided by his right hand, at the same time as the left hand fingers press the strings to produce the notes. The Museum’s specimen does not have a bow.

Violin made solely for the study of the technique, since it does not have a resonance box. This type of violin was very common at the end of the 19th century and beginning of the 20th century.