KavalAuthor not identified | MIDC
Audio & Video Records
The instruments featured in these videos / audios are not museum items, but similar ones. The visual resources used in the materials are not for profit. The visual resource is used as a way to illustrate the use of a musical instrument with an educational purpose.
Video 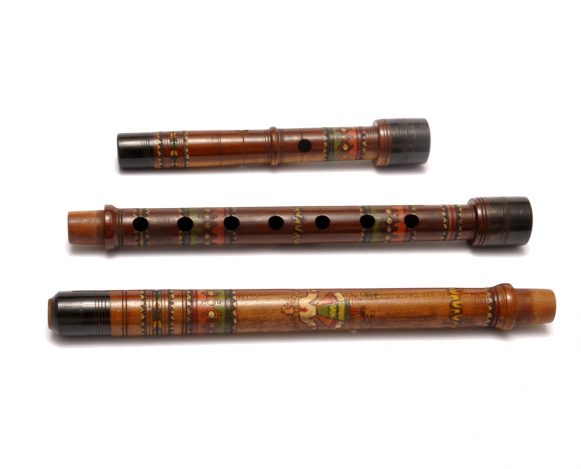 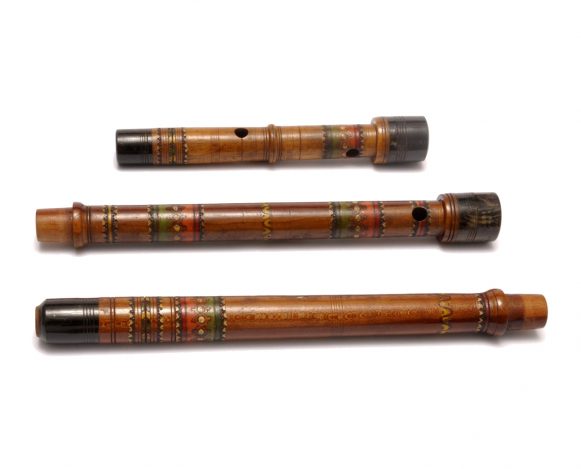 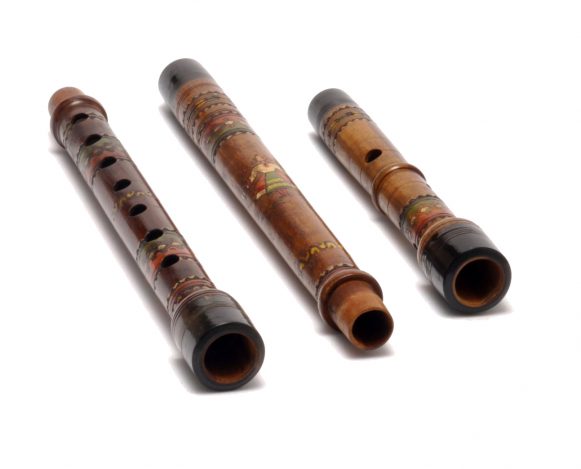 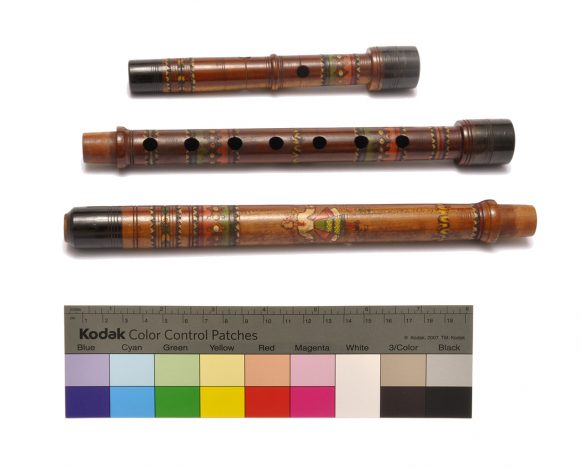 Wood made flute formed by three segments that fit into each other. It has eight holes on the central segment, four on the last smaller segment. Along the instrument’s body, there are colorful ornaments, making it possible to identify the drawing of a girl. The instrument reaches a three octave extension, on the medium and treble tessituras, the kaval is capable of a close to full chromatism, its timber being sharp and aspirated. To play the musician places the instrument’s end on the corner of the mouth, holding it on a 30° degrees angle in relation to the vertical axis of the body, in a way that the flute seems to be twisted in relation to the musician’s body. The flute’s upper end side is blown, like a whistle.

Flute from Southeastern Europe and Turkey. The name kaval has already named many flutes from the Balcans, that is why various instruments named kaval can be found. In Bulgaria, place of origin of the museum’s item, the instrument was initially made from a single piece of wood, but now it has three joints, measuring in total around 60 to 90 centimeters. In some specimens, bone rings cover the instruments’ articulations to prevent wood deterioration; it is also possible to find metal ornaments in some of these flutes. The four holes of the last section (the smallest) are called dushnitsi or dyavolski dupki (‘devil’s holes’), which are considered extra holes and are not covered by the musician’s fingers during the performance. It is also in Bulgaria that pre-eminent kaval players can be found. In this country, the instrument is commonly used in arrangements with other Bulgarian instruments, such as the gadulka, the gaida and the tambura. At present, the kaval is also used in symphonic music, in jazz and in duets with the human voice.