HornF. Besson | MIDC
Audio & Video Records
The instruments featured in these videos / audios are not museum items, but similar ones. The visual resources used in the materials are not for profit. The visual resource is used as a way to illustrate the use of a musical instrument with an educational purpose.
Audio 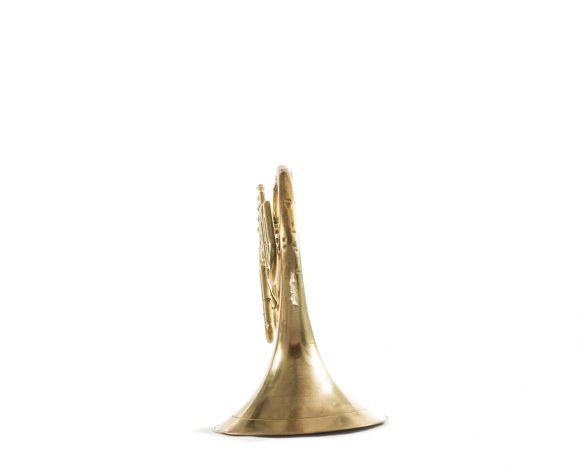 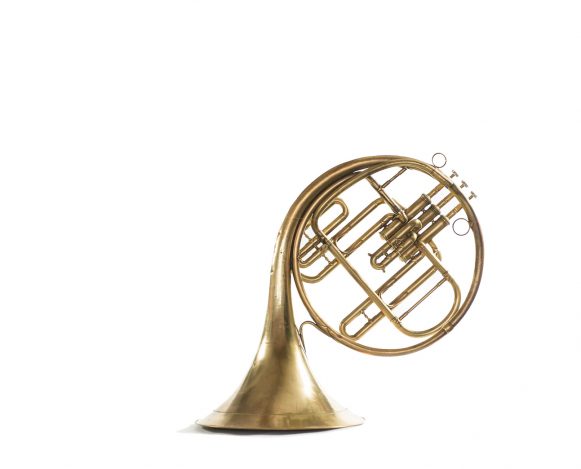 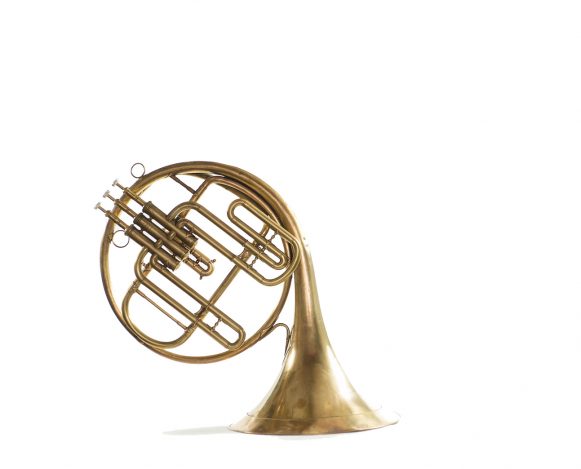 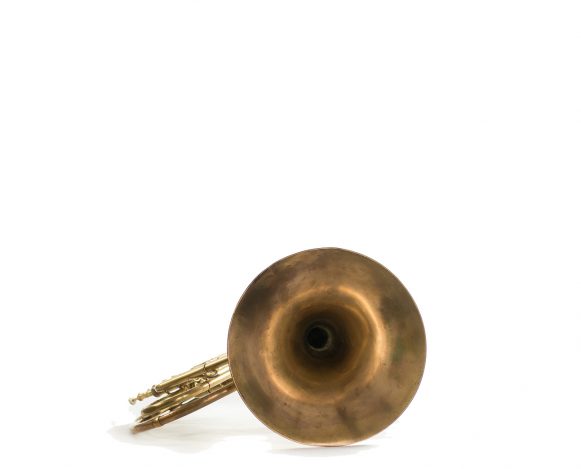 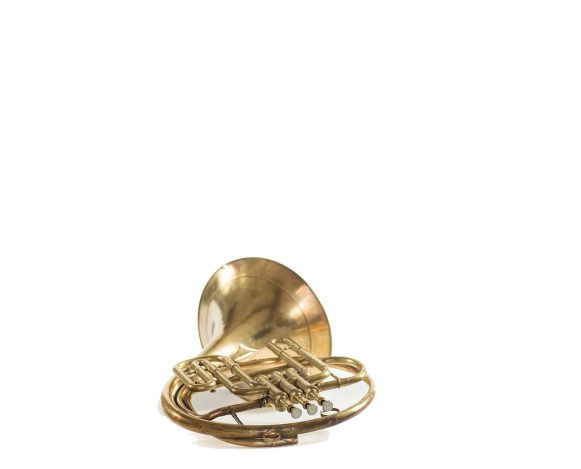 Metal instrument with five parts: body, bell, valve system, tube for the mouthpiece and mouthpiece. The tube is conic, except in the central valve system, made of a metallic alloy. The instrument has three valves and a mouthpiece, also conic. The tuning is in F and the horns range normally goes from F3 to C5. The museum’s specimen does not have valves.

Horn is the name of the instrument which is part of the Western orchestra, but it is also a generic name for wind instruments played through the vibration of the lips. Many horns have been made with the objective of being signaling instruments, for instance, in hunts. These hunting instruments are made of a variety of materials, such as shells, wood, animal horns, amongst others. The horns which can produce many notes are generally made of brass, with folded or curled curved conic tube. The horn used presently at the Western orchestra, which is the case of the museum’s specimen, is made of metal and consists of a curled tube, in one two or three loops, which expands into a large bell. The sounds are produced through valves. The orchestral horn history starts with the afore mentioned natural hunting horns, which had one loop in the middle and produced a single note; and the long natural horns curled in a helicoidal shape. Each natural horn was able to produce only the notes of the harmonic series of their fundamental note, and because of that, horns were built with different fundamental notes for the performance of songs in different tonalities. During the 18th Century, the orchestral repertoire demanded that horn musicians could play with nimbleness in different tonalities on a same piece of music, and that is why linkages were inserted, that is, adjacent tubes, smaller or bigger, which enabled the increase of the tube’s length, which allowed the performance of different harmonic series in the same instrument. The horns with valves that are able to perform chromatisms were developed by Stölzel and Blühmel in Silesia and were patented in 1818. In 1820, this model was improved in Paris, and in 1835 the valve horn participated for the first time in a orchestra. Nowadays, the Western orchestras traditionally have a section with four horns.