Di Not identified | MIDC
Audio & Video Records
The instruments featured in these videos / audios are not museum items, but similar ones. The visual resources used in the materials are not for profit. The visual resource is used as a way to illustrate the use of a musical instrument with an educational purpose.
Video 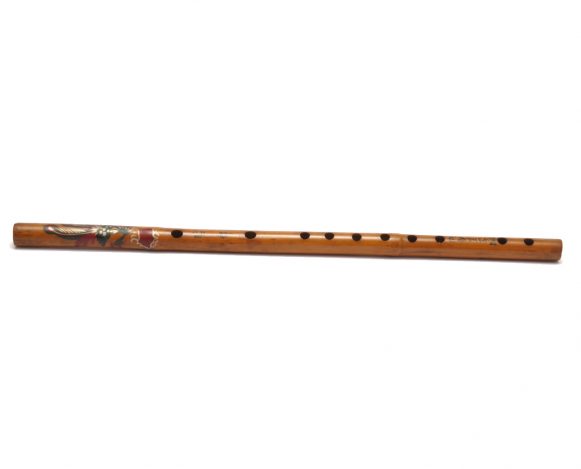 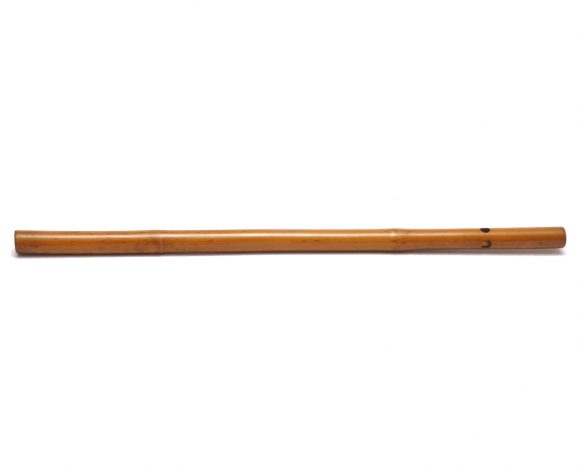 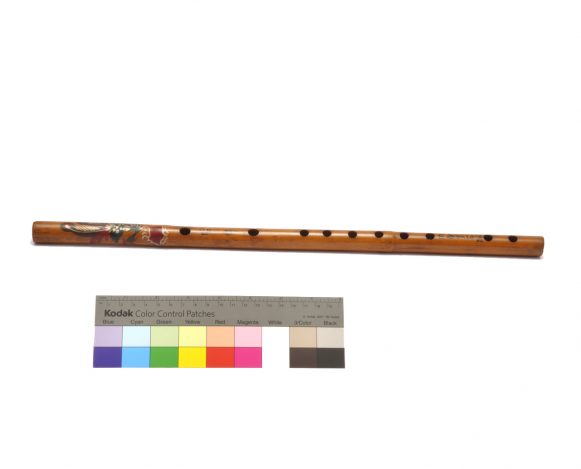 Chinese transverse flute made of bamboo. The edge of the tube, close to the hole through which the musician blows, is covered, but the other edge is free. Along the tube there are twelve holes (ten in the front and two in the back). There is an additional hole in the front, between the mouthpiece and the other eight holes. The instrument has flower ornaments colored in red and green, in addition to Chinese characters in black. During the performance, the additional opening is covered by a fine bamboo membrane, peeled off from the internal part of the tube. This membrane is the element that produces the characteristic sound of the Di.

The di is the transverse flute of China, also known as dizi and other regional names. There are two types of di: the qudi and the bangdi. While the qudi is bigger in size and is normally associated with lyric melodies of the Jiangnan region, the bangdi is smaller, being associated to lively melodies. The membrane covering one of the holes of the instrument is called the dimo, and it is made of a very fine membrane removed from the internal surface of a bamboo or cane section. For the membrane to remain on top of the hole, the musician has to apply a watery and sticky substance over it, like, for instance, sap from peaches. Scholars of Chinese studies believe that the di is an instrument from Central Asia, which has been introduced in China during the Han Dynasty (206 B.C. – 220 A.D.). Before that, China already had a transverse flute, known as the chi, an instrument that has probably influenced the development of the di. The di from the Han period was known as hengchui and was used by military ensembles that performed outdoors. The hengchui did not have the characteristic hole of the di, covered by the membrane. On the 6th century, the transverse flutes started to be known in China as hengdi, although other names are still used. The hengdi had six or seven holes, but it did not have the hole covered by the membrane, which is first mentioned only in the beginning of the 12th century, in the Yueshu Treaty. During the Ming Dynasty (1368 – 1644) the qudi and the bangdi (each one with six holes and one membrane) became soloist instruments in operas and instrumental groups. In the 20th century, the bangdi became the variation of the di more frequently used in concert music.