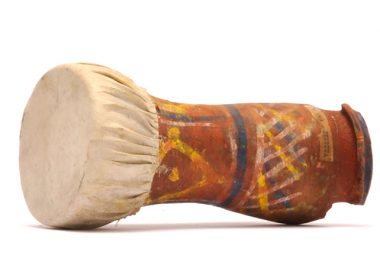 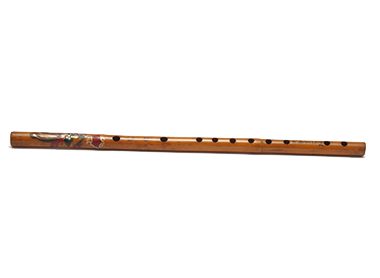 DarabukkaAuthor not identified | MIDC
Audio & Video Records
The instruments featured in these videos / audios are not museum items, but similar ones. The visual resources used in the materials are not for profit. The visual resource is used as a way to illustrate the use of a musical instrument with an educational purpose.
Audio 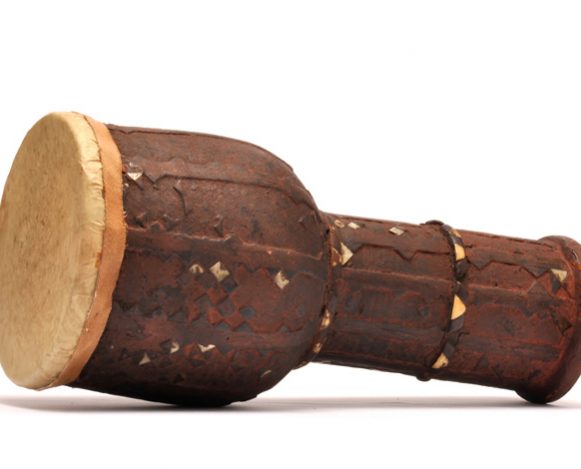 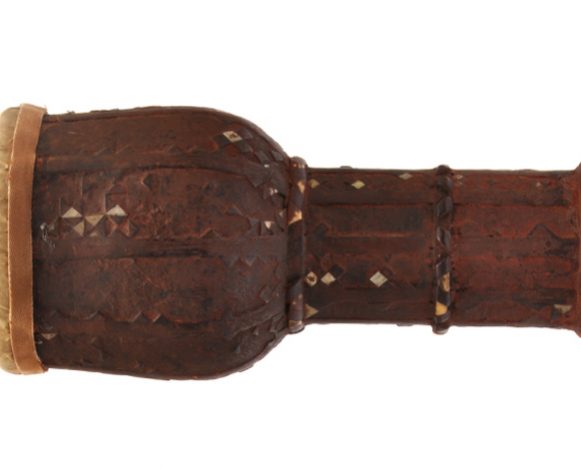 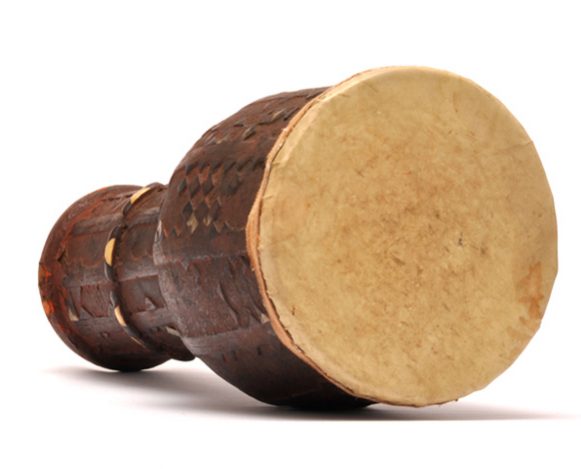 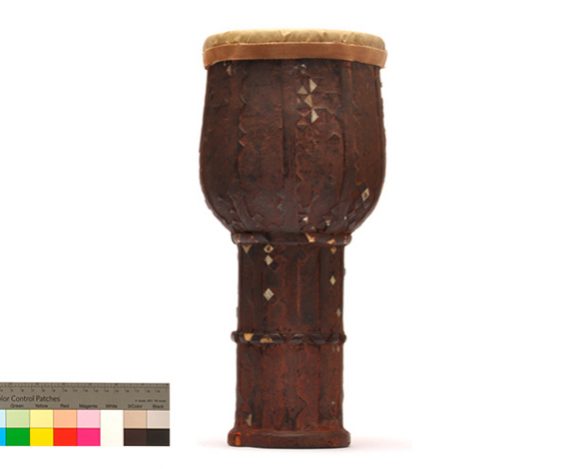 The instrument is a type of drum with a skin membrane on the upper part. The shell has the shape of a cup and is made of wood. The sounds produced by the instrument are of undetermined pitch. In order to play, the musician places the drum below one of the arms and plays directly with bare hands, using the fingers. The instrument was painted and decorated with mother of pearl and ivory, but these ornaments practically vanished. However, the wooden high relief remained. During the restoration process, a fabric tape was placed on the circumference of the membrane.

Arab drum with a single membrane and goblet shaped rim, that can be made of clay, wood or metal, although there are Western versions made of fiberglass. There is no rigidity in size regarding the construction of the instrument, which results in different membrane diameters, labeled small, medium and large. At the Delgado de Carvalho Museum, there are three specimens: a wooden darabukka and two clay instruments: one small and another one large. It may or may not be tuned by strings. The authentic darabukka is made of goat skin or sheep skin. In order to play, the musician places the drum below one of his arms and plays directly with his bare hands, without sticks, using his fingers, resulting in timbre intonations – that form a melodic percussive – which in turn receive the following denominations: loose sound, trapped sound, and pop, and, also by pressure of the hands over the membrane, which turns into micro-variations of pitch. Hector Berlioz wrote for this instrument in his lyric tragedy “Les Troyens”, from 1858.
Text written by Professor Pedro Sá, percussion professor at the Federal University of Rio de Janeiro (UFRJ).