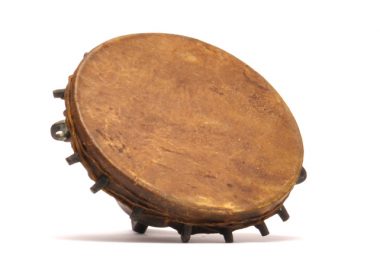 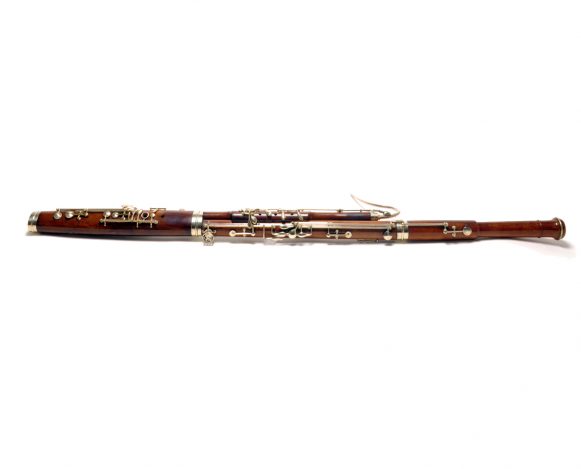 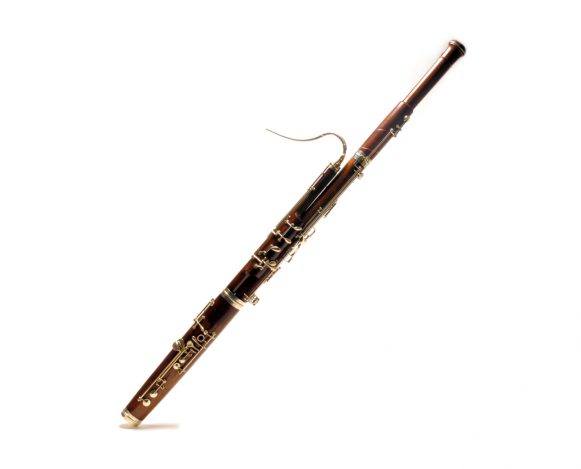 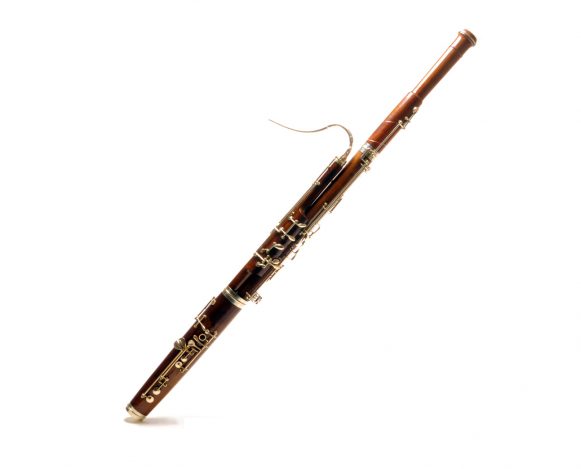 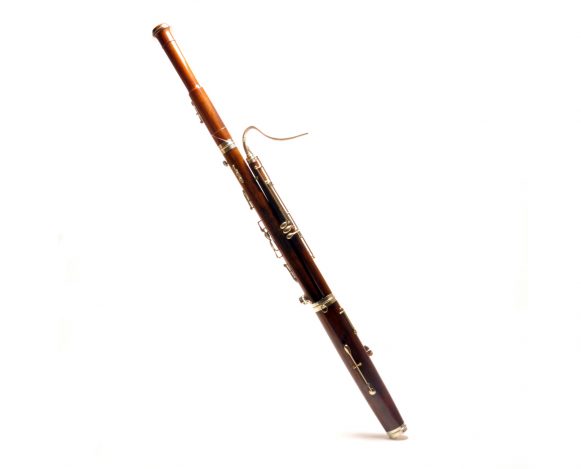 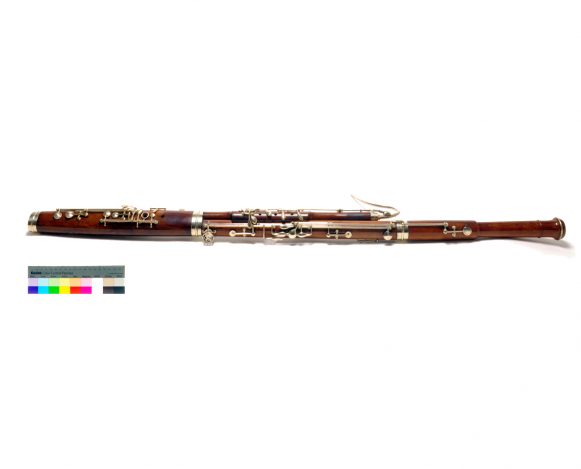 Conic shape instrument made of wood, played with a double reed. The reed fits into a barrel joint, which is an S shaped thin piece of metal. The barrel joint is inserted in the first of four fittings that form the bassoon’s structure. The instrument’s range goes from B Flat3 to E4.