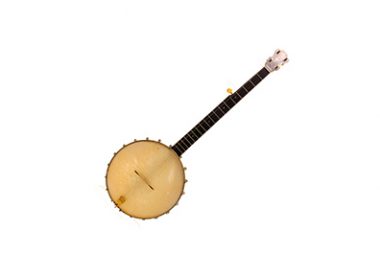 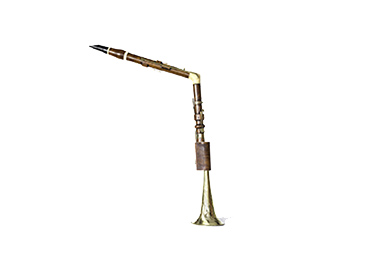 Bass recorderAuthor not identified | MIDC
Audio & Video Records
The instruments featured in these videos / audios are not museum items, but similar ones. The visual resources used in the materials are not for profit. The visual resource is used as a way to illustrate the use of a musical instrument with an educational purpose.
Video 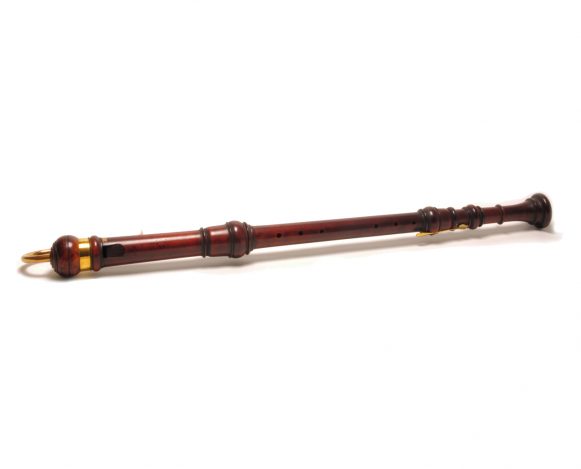 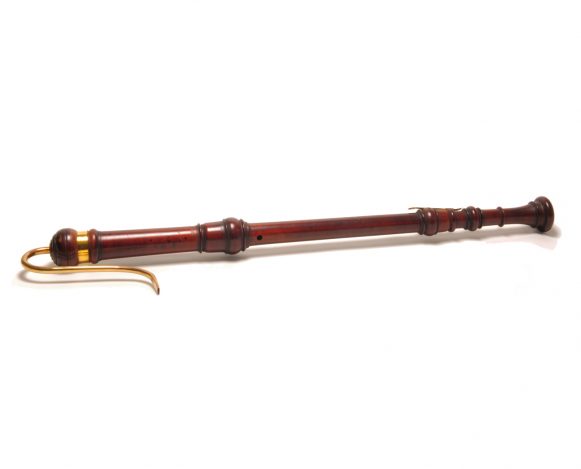 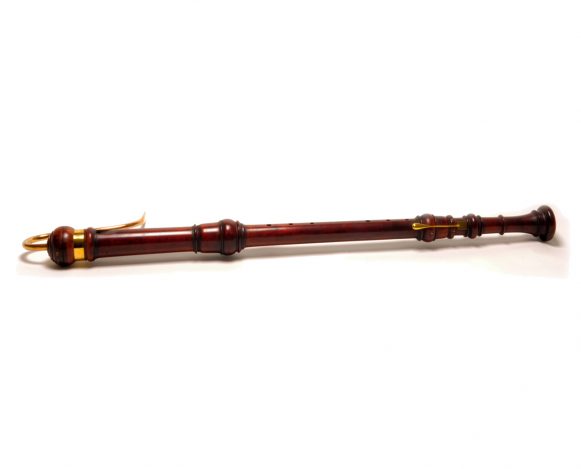 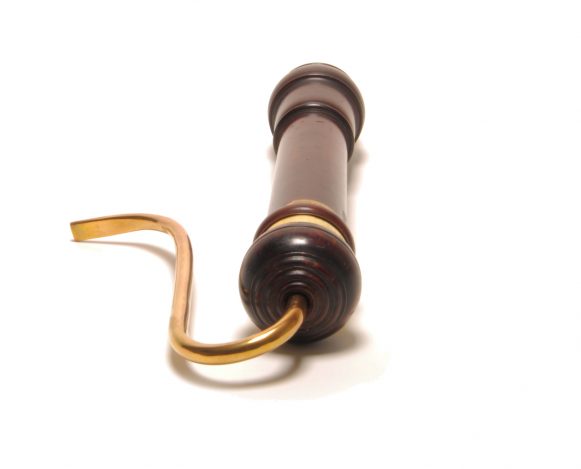 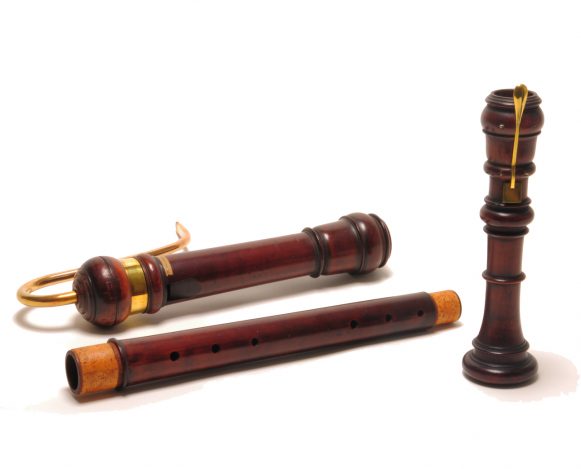 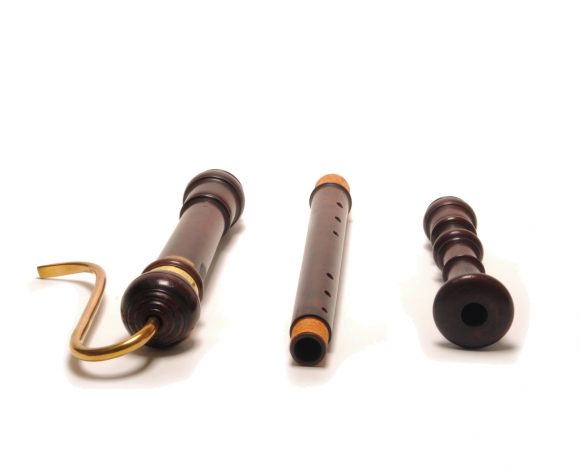 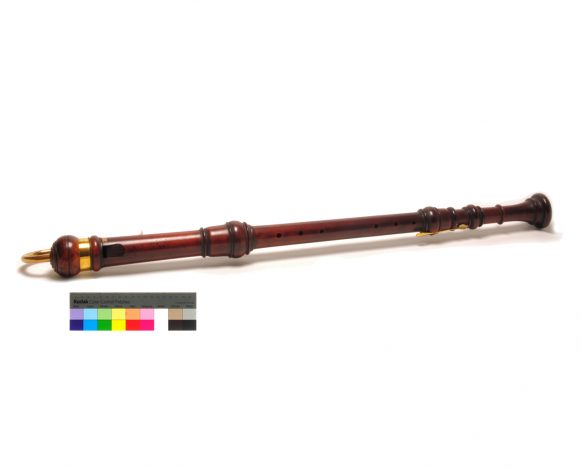 Flute with cylindrical tube, made of wood and very light. It has three joint sections: head, body and foot. It has seven holes and one metal key for the pinky finger of the right hand. It has a metal barrel joint in the shape of an “S” fitting on the instrument’s upper end, called the crown. The block is not original and is not in perfect condition. The instrument’s lowest note is F2 and the sharpest is G4.

The recorder probably appeared in Italy during the 14th century. Later, on the Renaissance period, the recorder was very much used for consort music, that is, small chamber instrumental groups. The Baroque period was the instrument’s summit, being also used as a soloist. After this period of apogee, the recorder was gradually replaced and lost popularity for the transversal flute. At the beginning of the 20th century, the recorder was popularized again, especially after Arnold Dolmetsch (1858-1940) created a new design for the instrument on the 1920’s decade. Dolmetsch altered the flute’s tube, redesigned the finger holes, re-dimensioned sizes and positions for modern tuning. Another reason for the recorder’s new period of apogee was the increase in the interest on presentations of Ancient Music using instruments of that time. The museum’s specimen is a bass recorder which is part of the recorder family, along with the soprano (most known and most used, even as a helpful instrument for the learning of the musical language), sopranino, alto and tenor.